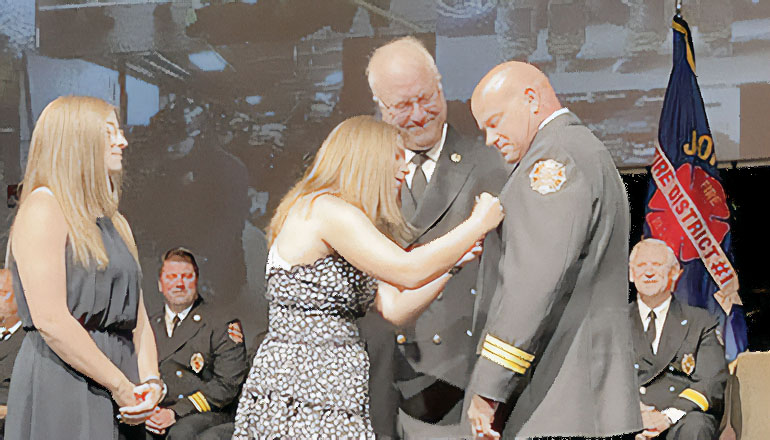 A former Trenton resident has been promoted to Deputy Fire Marshal of the Johnson County Fire District 1 of Gardner, Kansas.

Ralston began his career as a volunteer firefighter with Gardner Public Safety and joined Fire District 1 in 2008. He joined the department as a full-time firefighter in 2011. He worked his way through the ranks as a master firefighter and joined the Prevention Division in 2020 as an inspector.

Ralston is the son of retired Trenton Fire Chief Tony and Marlene Ralston, who attended the ceremony with his wife, Cassy, and two daughters, Madison and Mackenzie.