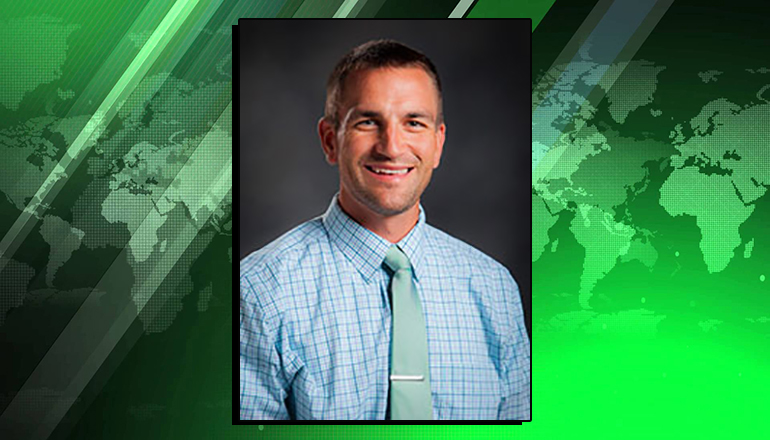 Northwest Missouri State University has announced that Andy Peterson, a former student-athlete, and coach who has served in the University’s athletics administration since 2013, is Northwest’s next director of athletics.

Peterson had served as Northwest’s interim director of athletics since Mel Tjeerdsma’s April 30 retirement. His new appointment is effective immediately.

“Andy is a Bearcat and a winner,” Northwest President Dr. John Jasinski said. “From being a leader in the classroom, on the hardwood and in athletics, his core focus has been on learning and uplifting the student-athlete experience. His roots in the northwest Missouri region run deep and his bedrock academic center – complemented by his playing, coaching and administrative experiences – yield an exciting future focus for Northwest athletics.”

As Northwest’s director of athletics, Peterson is responsible for overseeing administrative functions, operations and all athletic programs at the University, according to the policies of the Mid-America Intercollegiate Athletics Association (MIAA) and the National Collegiate Athletic Association (NCAA). He reports to the Northwest president, and he serves as a member of the Northwest Leadership Team and Strategic Planning Council.

“I am beyond humbled and honored by the opportunity to be the director of athletics at Northwest Missouri State,” Peterson said. “I am excited to work with our student-athletes, coaches, staff, fans, alumni, and donors everywhere to build a framework that provides the best possible experiences for all our student-athletes. It’s an exciting time in Bearcat athletics, and I can’t wait to get going to build and uplift our student-athletes, their families, our coaches and support base.”

Peterson spent the last five years as assistant athletics director for facilities at Northwest. In that role, he oversaw the day-to-day operations and scheduling for all Bearcat athletics venues. Peterson served on the University’s steering committee to develop its campus master plan as well as the steering team guiding the design, construction, and implementation of the Carl and Cheryl Hughes Fieldhouse.

He played basketball for Northwest from 2003 to 2008, finishing his career with the third highest three-point percentage in program history, and he sits sixth all-time in steals. He helped the Bearcats claim the MIAA tournament title in 2008 while earning All-MIAA Honorable Mention and Academic All-MIAA recognition. During the 2006-07 season, Peterson led the team in minutes played as the Bearcats won the MIAA regular season championship. After his playing career, Peterson spent two seasons as a graduate assistant at Northwest, under former head coach Steve Tappmeyer in 2008-09 and present head coach Ben McCollum in 2009-10.

Peterson spent the 2010-11 season as the head men’s golf coach and assistant men’s basketball coach at Southwestern Community College in Creston, Iowa, before returning to Northwest.

His wife, Emily, is an assistant coach with the Bearcat cross country and track and field teams and a former Bearcat track and field student-athlete. The couple has two children, Ellie and Asher, and reside in Maryville.