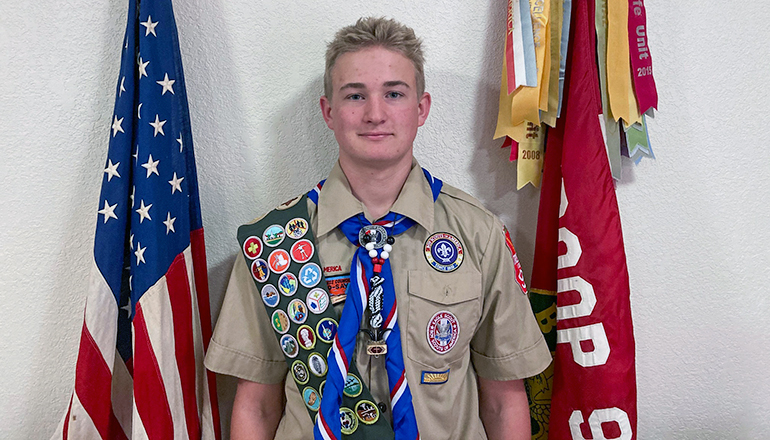 The Maryville High School senior is a member of Boy Scout Troop 97 earning 24 merit badges and the World Conservation Award.

For his Eagle Scout project, Mcatee revitalized the landscaping in front of Sunnyview Nursing Home in Trenton. At Maryville High School, he participates in FFA, Future Business Leaders of America, and Fellowship of Christian Athletes. He plays baseball and is a member of the FFA Trap Shooting team.

Following high school, he plans to attend Northwest Missouri State University to earn a degree in agribusiness and a minor in political science, then attend law school.

Mcatee was sworn into the National Guard on August 27th of this year. He’s the son of Adam and Brooke Mcatee of Maryville. He joins his father and two uncles in achieving the rank of Eagle Scout.