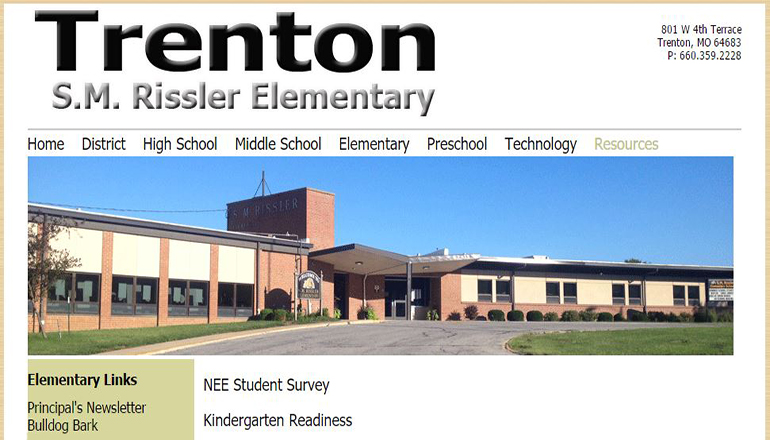 A former math instructor at Trenton High School will become the Principal at the SM Rissler Elementary School. The Trenton R-9 Board of Education met last night in executive session, afterward, several personnel decisions were approved.

The school district this morning announced Tiffany Otto will be the Rissler school principal beginning her contract on August 1st. She will receive a salary of $68,155 for the coming school year. Mrs. Otto replaces Jenny Boon who resigned this spring and accepted a Principal’s position with the Chillicothe schools. Tiffany Otto is a former principal at the Pleasant View R-6 School District.

Other hirings announced by the district include Jessica Spurgeon as a high school secretary, Dennis Voss as Rissler night custodian, and Richard Miller and Jessica Roy as paraprofessionals. Among several extra duty hirings was Wes Croy as an assistant high school football coach. Others involved various spring sports coaching duties for the high school and middle school.

Two resignations were accepted with one from Andy Height as Success Center instructor and the other is by Heather Michael as a paraprofessional.