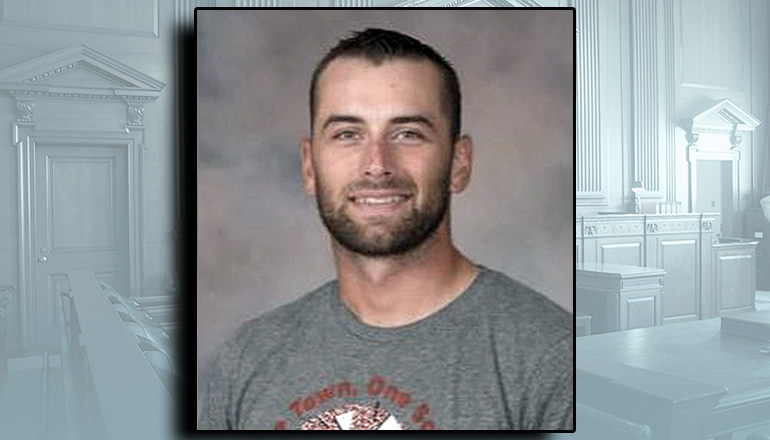 A Utica man accused of sending nude photos and videos to students and having sexual contact with a student while he was a teacher and coach at the Braymer C-4 School District appeared in court on May 25th.

In one Caldwell County case, 29-year-old Zachary Wayman Douglas waived an initial appearance on a third amended complaint, and the court conducted a preliminary hearing. He was bound over to Division One of Circuit Court on June 14th for a formal arraignment.

Four counts were dismissed. Douglas still faces felony charges that include three counts of first-degree sexual abuse, three counts of sexual contact with a student, two counts of child molestation, and one count of second-degree statutory sodomy. He also faces misdemeanor charges of furnishing pornographic material or attempting to furnish to a minor and first-degree sexual misconduct.

In another Caldwell County case, the court conducted a preliminary hearing and took the same under advisement until June 2nd.

In that case, Douglas has been charged with felony sexual misconduct involving a child under 15. He also faces misdemeanor charges, including four counts of furnishing pornographic material or attempting to furnish to a minor and one count of first-degree sexual misconduct.

Probable cause statements say the alleged incidents occurred from July 2021 to March 2022.