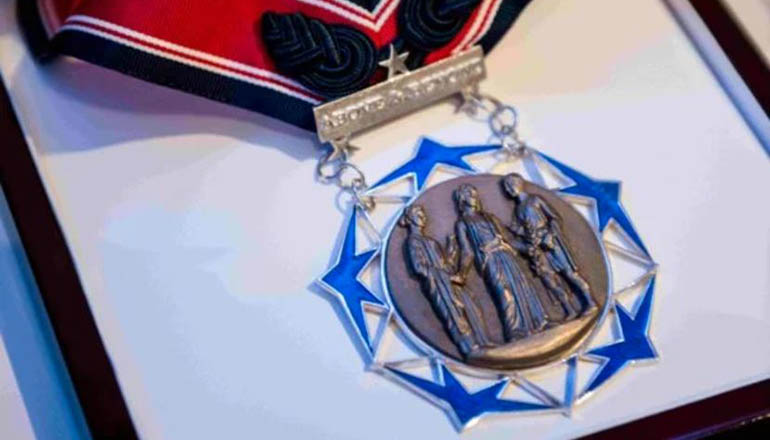 The Congressional Medal of Honor Society announced retired St. Louis Police Captain David Dorn would be posthumously awarded the Congressional Medal of Honor Citizen Honors Award for his courage when he was mortally wounded while saving his friend’s business from looters during the riots in St. Louis last June. U.S. Senator Josh Hawley (R-Mo.) nominated him for this award.

The Congressional Medal of Honor Citizen Honors Award is given to outstanding Americans who have gone above and beyond to perform extraordinary acts of courage or service. David Dorn is honored with the “Single Act of Heroism Award,” an award recognizing Americans who accomplish extraordinary feats of heroism by risking their lives for the benefit of others in a dire situation.

“David Dorn was dedicated to helping others and protecting his community, even after he retired from law enforcement and through his last moments with us. His character represents the absolute best of Missouri and this country.”

“This award may be rare, but the exceptional courage and devotion of Officer Dorn are shared by his brothers and sisters in blue who put their lives on the line to keep us safe. Our local law enforcement officers deserve our sincerest gratitude for protecting our communities every single day.”

Text of Senator Hawley’s letter nominating Officer Dorn is below:

In the early morning hours of June 2, 2020, David Dorn learned that his friend’s business was being ransacked by looters. So in the middle of the night, David promptly left the safety of his St. Louis home to save his friend’s livelihood and protect his community.

David Dorn was a father to five children, a grandfather to ten grandchildren, and a loving husband to Ann Dorn. Before retiring in 2014, David spent 38 years serving his neighbors as a police officer and was a well-known pillar of his community.

When David arrived at his friend’s business, indeed, seven burglars were looting the shop. A gunman opened fire on David Dorn, mortally wounding him on the sidewalk. This senseless act of violence was streamed live on social media, where his own grandson watched in horror.

His tragic death galvanized the people of St. Louis and two days later, they gathered to honor David Dorn and participated in a march to end violence.

The actions of David Dorn are in keeping with Missouri’s finest traditions of selfless service and reflect great credit upon himself, his community, and the entire State of Missouri.

Each year only five U.S. citizens receive a Congressional Medal of Honor Citizen Honors Award. These five individuals and one organization exemplify the values embodied in the Medal of Honor: courage, sacrifice, commitment, integrity, citizenship, and patriotism.

A panel assembled by the Congressional Medal of Honor Society considers all nominations and selects national finalists. Then a second panel made up exclusively of Medal of Honor Recipients selects individuals from those finalists to receive the Citizen Honors Awards.