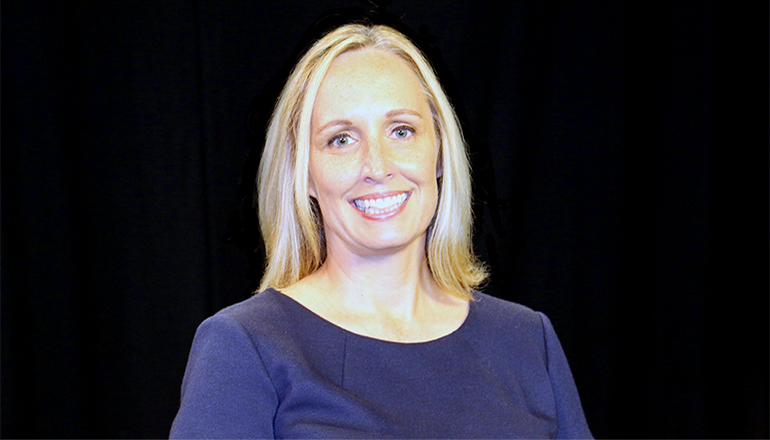 The home page of the City of Fordland’s website provides a succinct description of what visitors will find in this quaint community, located in southern Webster County less than 30 miles east of Springfield.

However, what the depiction fails to note, the education community in the region already knows: Melissa Grandel symbolizes what a top-flight educator truly is; her commitment to her hometown district is unparalleled.

After earning a Bachelor of Arts in English from Drury (Mo.) University in 1995, Grandel began her teaching career as a middle school Spanish teacher in the Mountain Grove R-III school district. But after three years there, she made the decision to transition back to her rural hometown district, where she has spent the past 21 years teaching English language arts at Fordland High School. Her time as an Eagle has seen her teach English II, Advanced Placement Language and Composition, English IV, Dual Credit Speech and Leadership, Yearbook/Journalism, and Spanish.

And in every instance, she has been a true example of a master teacher.

“I know we say it is a team effort to make district achievements, but every team needs a catalyst,” said Fordland Secondary Principal Tamitha Ritter. “I believe [Melissa] is this district’s catalyst. Her vision for what rural education could and should be is not based on just being equitable to big school offerings, but using the unique characteristics of a small town to cater to the needs of each student.”

In addition to her work in the classroom, Grandel has made it her personal mission to say ‘yes’ as often as possible. She has sponsored Fordland’s Beta Club, student council and foreign language club, in addition to coaching an ACT preparation and academic team. She also has prioritized advising students in both career planning and the college scholarship application process. Grandel has done all of this in the name of making sure that every student who walks through her classroom door is given the best chance to succeed.

“I have seen the struggles that my rural students face, and have witnessed the effects of the ingrained belief that they cannot break the cycle of poverty,” Grandel said. “I ask everyone to look at each child as an individual, and when an opportunity is available, always try to say yes.”

Beyond the classroom, Grandel has already played a significant role in the development of students throughout Missouri through her work as a Professional Learning Community (PLC) leader and as an item writer for DESE’s end-of-course evaluations. Within the Fordland R-III school district, she has served as the English language arts department chair since 2000, helped to oversee curriculum writing and has organized and implemented Advanced Placement within the district. She has accomplished all of this while also earning her Master of Arts in Communication from Drury in 2004.

But for Grandel, it always comes back to the community that she and the district’s students call home.

“Though the curriculum is the basis for educational opportunities, the most authentic learning often occurs outside of the classroom walls,” Grandel said. “Learning to be a part of a community, and taking ownership of that community, can be the greatest lesson students can master.”

Grandel will serve as Missouri’s representative in the National Teacher of the Year program. She will be honored at a banquet in Jefferson City on Monday, Oct. 21, along with the other six finalists, semifinalists and regional teachers of the year.

The Missouri Teacher of the Year program recognizes the efforts of effective teachers in providing quality education to their students. DESE conducts the program with financial support provided by the Boeing Company and Bayer AG.