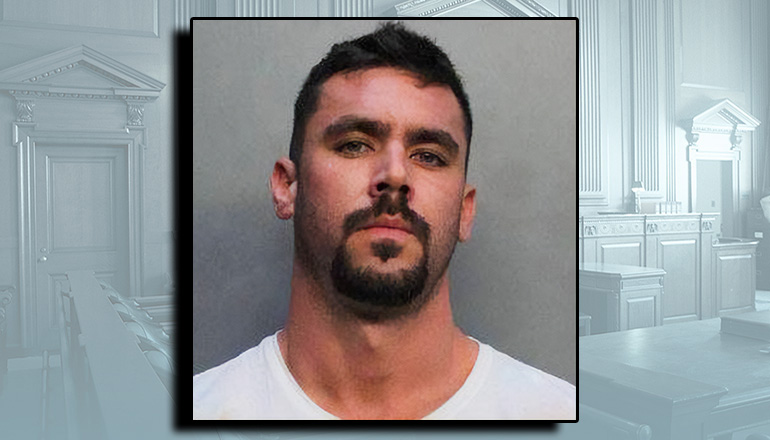 A Florida man pleaded guilty for fraudulently obtaining approximately $3.9 million in Paycheck Protection Program loans and using those funds, in part, to purchase a $318,000 Lamborghini sports car for himself.  Federal investigators linked the sports car to Hines after he was involved in a hit and run on July 11, the Miami Herald reported.

Authorities seized the Lamborghini and $3.4 million from the bank accounts of David T. Hines, 29, of Miami, at the time of his arrest. Hines pleaded guilty to one count of wire fraud and is scheduled to be sentenced on April 14.

As part of his guilty plea, Hines admitted that he fraudulently sought millions of dollars in PPP loans through applications to an insured financial institution on behalf of different companies. Hines caused to be submitted fraudulent loan applications that made numerous false and misleading statements about the companies’ respective payroll expenses. The financial institution approved and funded approximately $3.9 million in PPP loans.

Hines further admitted that within days of receiving the PPP funds, he used the funds to purchase a 2020 Lamborghini Huracan sports car for approximately $318,000. Plea documents indicate that in the days and weeks following the disbursement of PPP funds, Hines did not make payroll payments that he claimed on his loan applications. He did, however, use the PPP proceeds for personal expenses.

The Coronavirus Aid, Relief, and Economic Security (CARES) Act is a federal law enacted on March 29, 2020, designed to provide emergency financial assistance to the millions of Americans who are suffering the economic effects caused by the COVID-19 pandemic. One source of relief provided by the CARES Act was the authorization of up to $349 billion in forgivable loans to small businesses for job retention and certain other expenses, through the PPP. In April 2020, Congress authorized over $300 billion in additional PPP funding, and in December 2020, Congress authorized another $284 billion in additional funding.

The PPP allows qualifying small businesses and other organizations to receive loans with a maturity of two years and an interest rate of 1%. Businesses must use PPP loan proceeds for payroll costs, interest on mortgages, rent, and utilities. The PPP allows the interest and principal to be forgiven if businesses spend the proceeds on these expenses within a set time period and use at least a certain percentage of the loan towards payroll expenses.

This case was investigated by the FDIC-OIG, U.S. Postal Inspection Service, IRS-CI, the SBA-OIG, and the Board of Governors of the Federal Reserve System and the Bureau of Consumer Financial Protection OIG. Trial Attorney Emily Scruggs of the Criminal Division’s Fraud Section and Assistant U.S. Attorney Michael Berger of the Southern District of Florida are prosecuting the case.