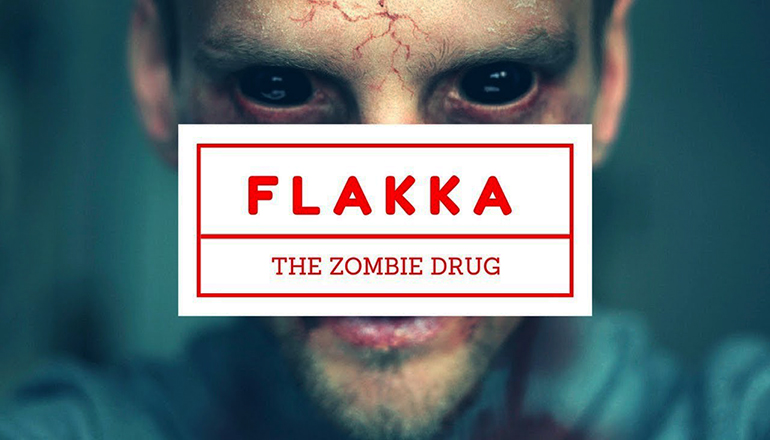 Police in the community of Sullivan in eastern Missouri report they responded to multiple reports of bizarre human behavior last weekend.

KMOV-TV reports the behavior is likely the result of the ‘Flakka,’ a synthetic drug known to cause crazy behavior. Sullivan Police say they responded to reports of people barking like dogs, running nude, and breaking into homes and businesses.

Bill Wise from the Missourinet files this report.

Police say they received at least one report of a person stripping naked to shower in a soda fountain. The emerging drug can alter brain chemistry in such a way that users can’t control their thoughts and it can increase adrenalin. The man-made drug causes a high similar to cocaine but can be much more dangerous.

Flakka goes by the name “gravel” because it looks like the colorful gravel pebbles you’d use to decorate the bottom of an aquarium.

Use of the drug, which can be snorted, smoked, injected, and swallowed, has been linked with serious — and sometimes deadly — behavioral problems.

Flakka is made from a compound called alpha-PVP, a chemical cousin of cathinone, the amphetamine-like drug found in bath salts.  While the active ingredient in bath salts was officially banned in 2011, its newer relative, alpha-PVP, was not.

Like cocaine and meth, flakka comes with a comedown, the period when the drug leaves the body and the person is left feeling fatigued or depressed. This sensation often results in users returning to the drug to get rid of the negative comedown feeling, jump-starting a cycle of use that can lead to abuse. Also like cocaine and meth, the drug may alter brain chemistry in a way that makes users require a larger and larger dose to get the same high.

Excessive use has been linked with feelings of extreme anxiety, paranoia, and hallucinations. Like with bath salts, people have also reported dozens of episodes of violent behavior in people on flakka.

At high doses, flakka may also cause the body to reach high temperatures (bath salts have been linked with the same symptom). This excessive temperature can lead to severe physical complications like kidney damage and muscle breakdown.