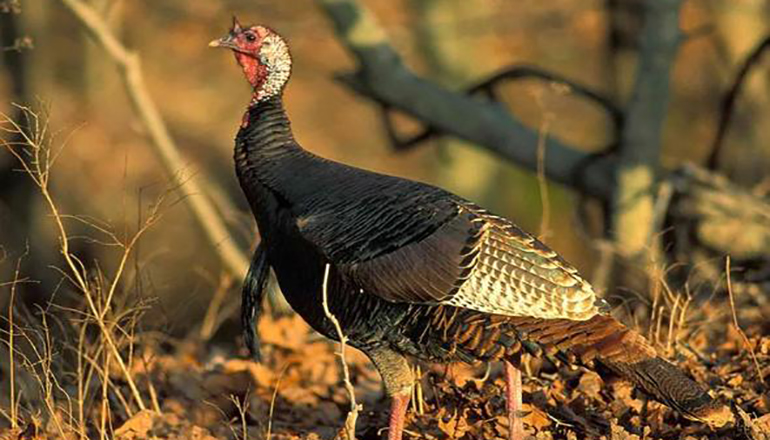 According to MDC, turkey production in Missouri steadily increased during the 1990s before declining during the 2000s. While production began to increase throughout much of the state from about 2009 to 2014, Missouri has had poor production over the last several years.

MDC preliminary data from this year’s annual wild turkey brood survey indicate turkey production will likely be on-par with production during the last several years. According to MDC, the statewide poult-to-hen ratio (PHR) for this year is projected to be about 0.9, which is the same as the PHR’s from 2018 and 2019.

“Based on the preliminary data, hunters can expect some regional variation in productivity this year with the slightly better hatches occurring in counties along the Missouri River in central and east Missouri and the slightly poorer hatches occurring in southwest Missouri,” said MDC Turkey Biologist Reina Tyl. “Because overall statewide turkey production is expected to be below-average compared to the last 10 years, there will likely be fewer young birds on the landscape this year, and hunters are going to have to put in more time to be successful. This will be especially true in areas where we have good acorn production, which tends to shift turkeys out of open fields and into the timber and reduces their movements.”

Tyl added that weather conditions during the nesting season and through much of the brood-rearing period were favorable across most of the state. Yet, despite favorable weather, this year’s expected low production isn’t surprising considering the PHR trend from previous years.

Tyl added that the overall effect of weather on production is less clear.

“Because weather often varies considerably from one year to the next, if the weather was the primary driver of turkey production, we would expect productivity to vary considerably as well,” she said. “In 2018, favorable weather conditions during the nesting and brood-rearing seasons suggested that production would improve. In 2019, unfavorable conditions during the nesting season suggested that production would be poor. Despite this great variability in weather conditions from year to year, production has been consistently low.”

Tyl acknowledges there is still much to be learned about the factors that affect turkey production, something she and her colleagues are working on.

“We recently started work on a new project aimed at determining which factors — weather, habitat, food availability, and predators — have the greatest effect on turkey production. This research will help explain some of the trends we’re seeing and help us identify the best way to mitigate negative effects on production,” she said.

Tyl noted that relatively few people hunt turkeys during the fall season, which results in low hunting pressure and little competition among hunters. Unlike the spring season, when about 100,000 turkey hunting permits are purchased in Missouri, typically only about 10,000 hunters purchase fall firearms turkey permits.

“Although the woods tend to get a bit busier towards the end of October with the deer rut approaching, hunting pressure is relatively light during early-to-mid-October, even on public lands,” said Tyl.

Get details about fall turkey hunting from MDC’s 2020 Fall Deer and Turkey Hunting Regulations and Information booklet, available where hunting permits are sold or online at THIS LINK.

Buy hunting permits from vendors around the state, online at mdc.mo.gov/buypermits, or through MDC’s free Mo Hunting mobile app, available for download through Google Play for Android devices or the App Store for Apple devices.

As part of the state’s wild turkey brood survey, MDC staff and volunteers record the number of hens and recently hatched turkeys (poults) they see each summer. These observations are then tallied to determine the success of the hatch, which is most often reported as a poult-to-hen ratio, or simply the average number of poults per hen observed during the survey.

“During the three-month survey, participants typically report sightings of 60,000-80,000 turkeys, which is a testament to the large number of dedicated volunteers that take time to participate in the survey each year,” Tyl said. “And we really appreciate the work of the many volunteers!”

To participate in the MDC annual wild turkey brood survey, email MDC’s Wild Turkey Management Program at [email protected] with “Wild Turkey Brood Survey” as the subject of the email. Include complete name and mailing address.