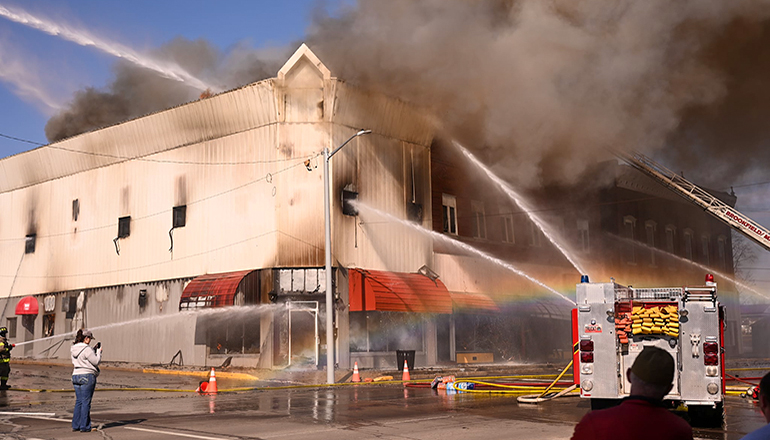 Two downtown Brookfield buildings were among properties destroyed by fire on Wednesday. Joining Brookfield in fighting the blaze were fire departments from Marceline and Chillicothe.

The fire was reported around 7:30 am at 305 North Main Street in Brookfield.  A space heater is suspected as the cause of the fire.

One of the buildings was listed as an apartment complex that reportedly had vacant retail space on the ground floor and the other was described as a ministry building which included what’s being referred to as a “soup kitchen and thrift store.” Smoke also filtered to an adjacent structure.

The Brookfield Fire Chief was quoted by media sources as saying the building was evacuated with one woman reportedly suffering minor injuries including blisters. All other tenants were able to get out safely.

The Red Cross was called for assistance.

The Missouri State Fire Marshal was at the scene on Wednesday to assist in the investigation of the structure fire, along Main Street in downtown Brookfield.