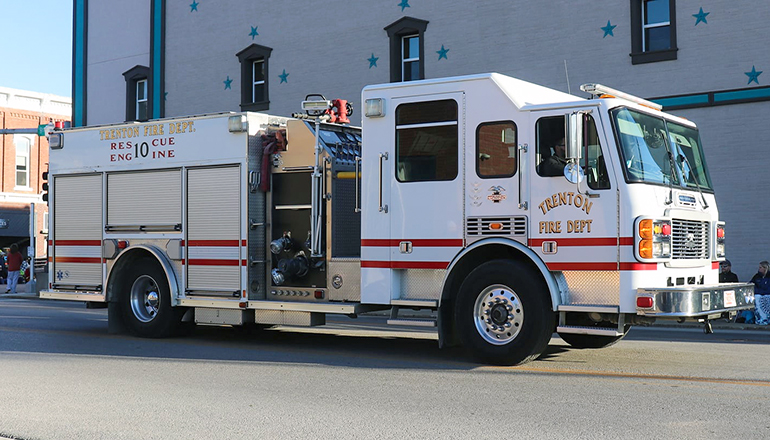 No injuries were reported from a mobile home fire in Trenton that started Friday morning, March 11th.  Randall Allen is the homeowner.

Trenton Fire Lieutenant Jeremy Summers says when firefighters arrived at 1914 Colt Street, they found fire outside and underneath the home near the rear door.

A one and three-quarters-inch attack line was deployed to extinguish the fire. Firefighters checked for fire extension into the exterior wall or inside the home, but they did not find any.

Summers reports there was moderate fire damage to the underside of the mobile home and moderate smoke damage inside the home. Fire Chief Brandon Gibler says the resident was going to call an electrician to fix the damaged wiring to get electricity back before the night.

Summers notes the fire was caused by the improper disposal of a cigarette.

Firefighters were on the scene for approximately one hour and received assistance from the Grundy County Rural Fire Protection District, the Trenton Police Department, Grundy County Emergency Medical Services, and Trenton Municipal Utilities.