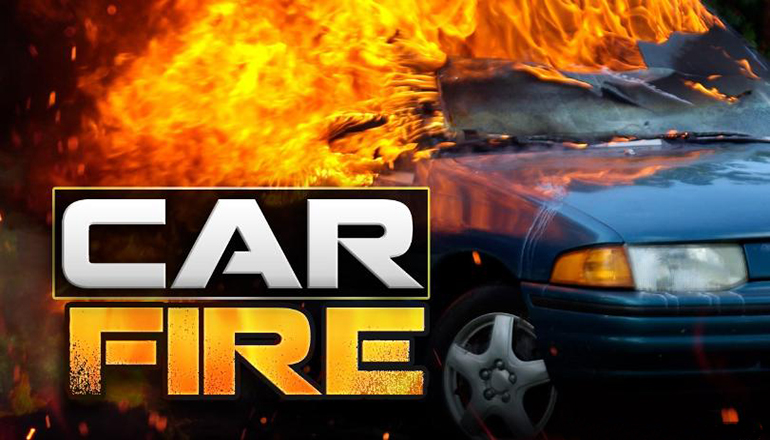 A car fire on Saturday afternoon in Trenton extensively damaged the engine compartment of the vehicle.

The car was on the shoulder of southbound Highway 65, about one-half mile north of Highway 6. When firefighters from the Trenton Fire Department arrived on the scene, flames were coming from the engine compartment. The cause of the blaze was undetermined and no injuries were reported. Firefighters were on the scene for approximately 30 minutes.

The owner of the vehicle was listed as Joel Cummins.