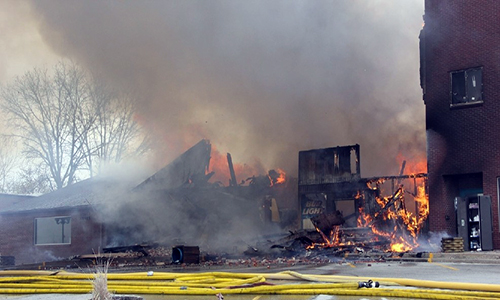 Area firefighters, this (Tuesday) afternoon, have been battling a blaze on the east side of the Princeton Square.  Smoke from that fire is blowing towards the Hal England Center, causing the polling place at that location to be moved to the Mercer County Courthouse.  The polling location will be in the hallway on the first floor near the Commissioner’s room, until the polls close at 7 PM.

The Mercer County Sheriff’s Department said the fire spread from the building where it started.

A report from the City of Princeton said buildings housing Jeff’s Place and the Senior Center have been lost.  There is another adjoining building that is being threatened, but its status is unknown.

There have been no known injuries.

There has been a water main break on the Princeton Square, but water has been left on in order to fight the fire.  Repairs to the water main will be done after it is no longer needed in the firefighting efforts.

Because of the water main break, water customers south of U.S. Highway 136 in Princeton will have a 48-hour boil notice.

Photo’s are from the Princeton Chamber Of Commerce Facebook page. 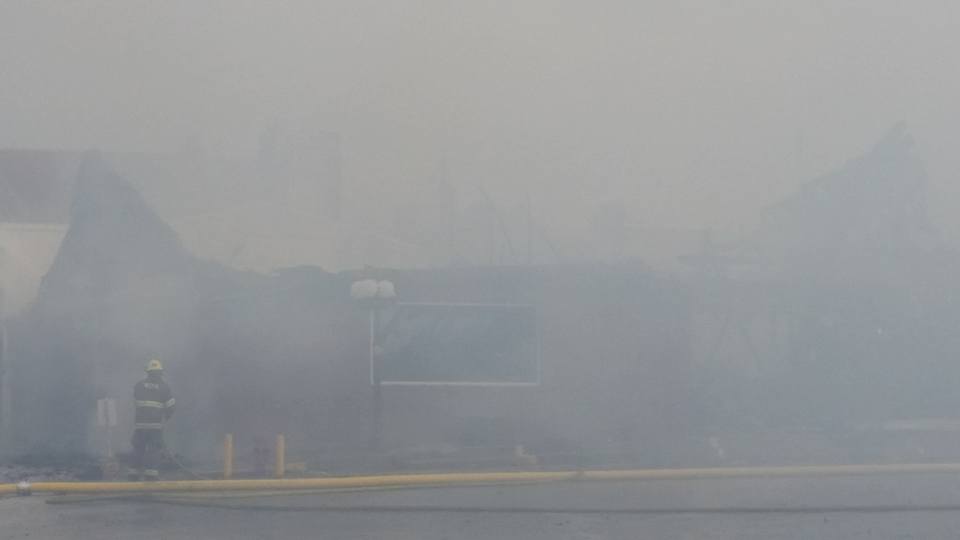 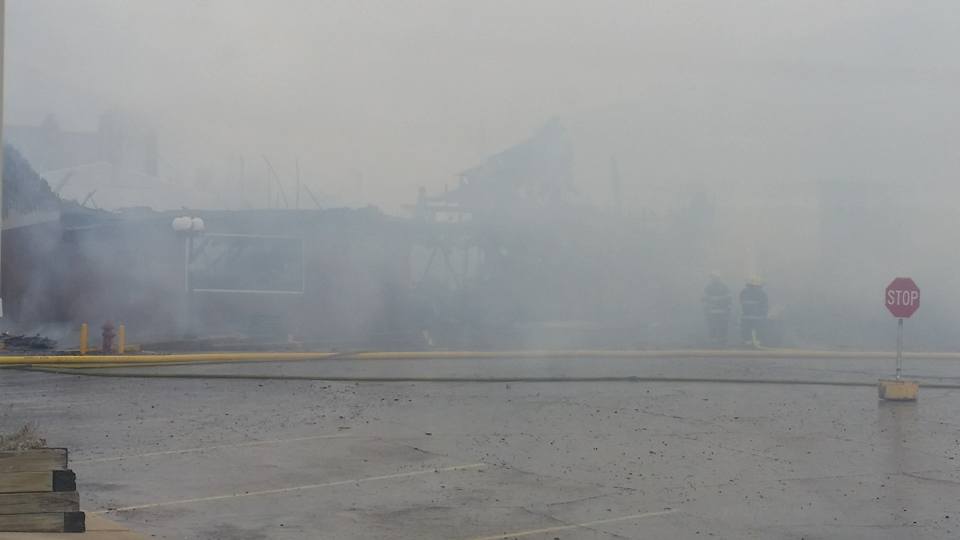 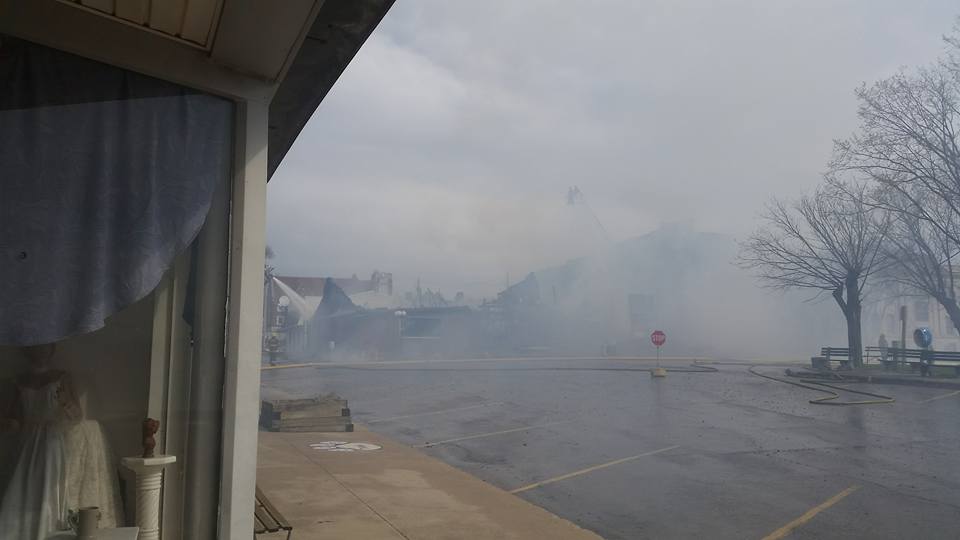 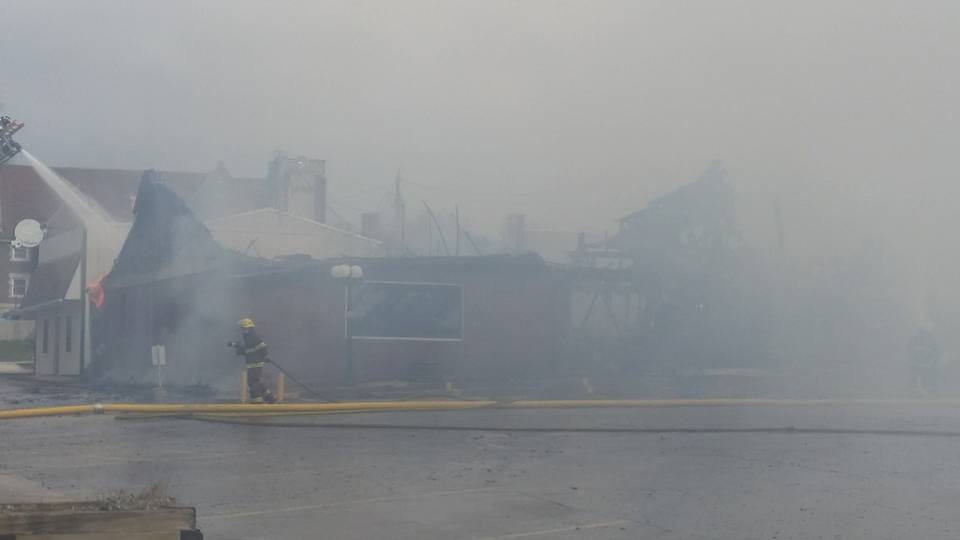 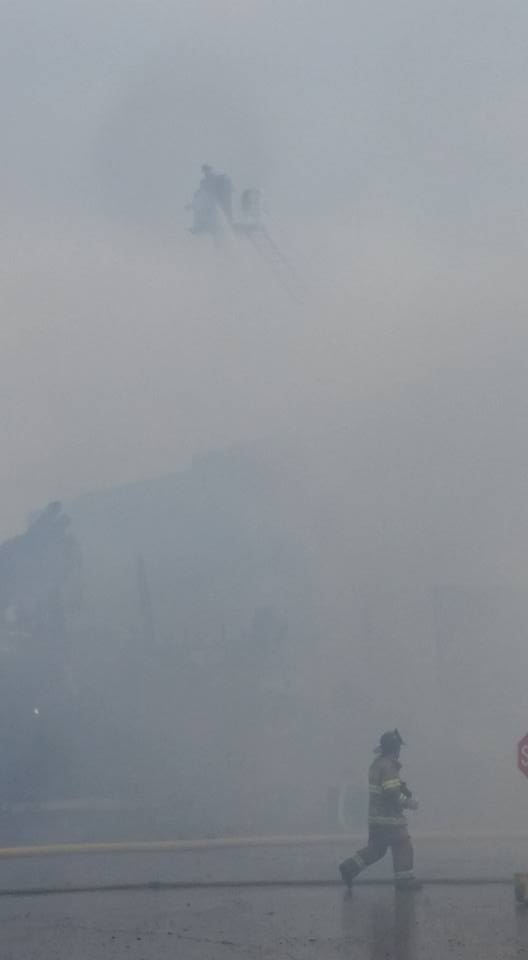 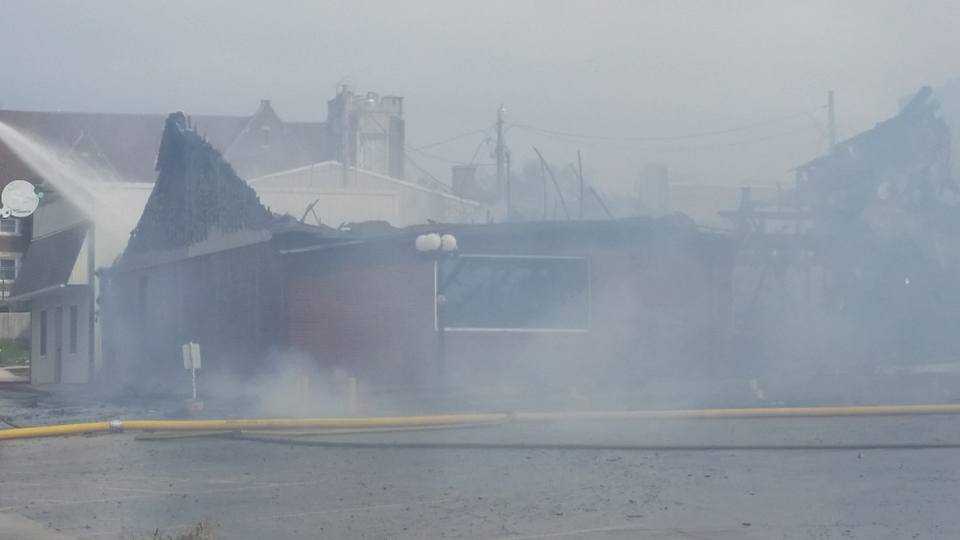 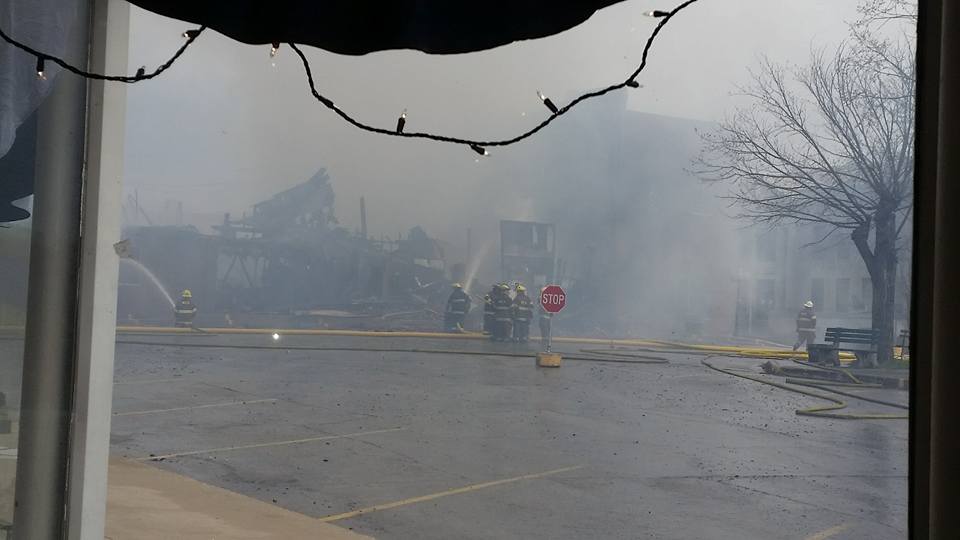 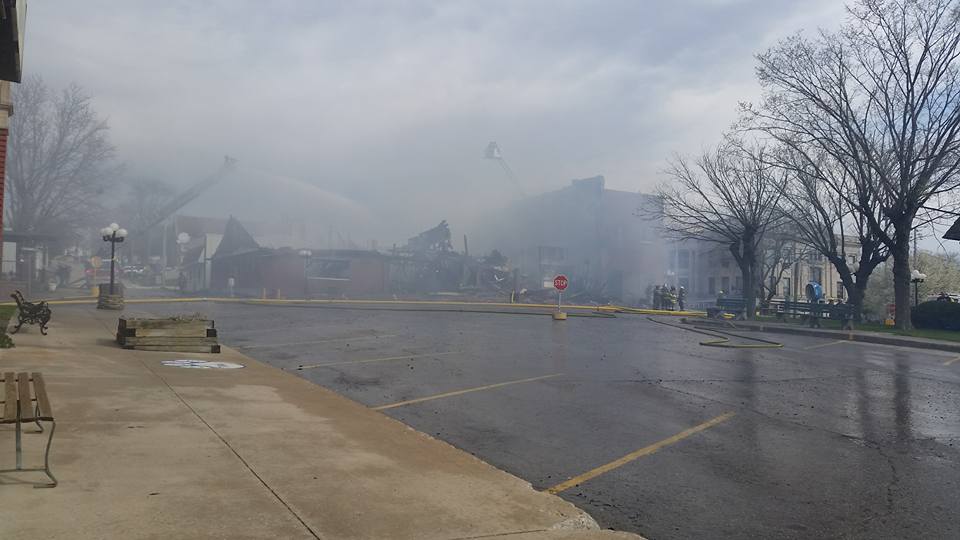