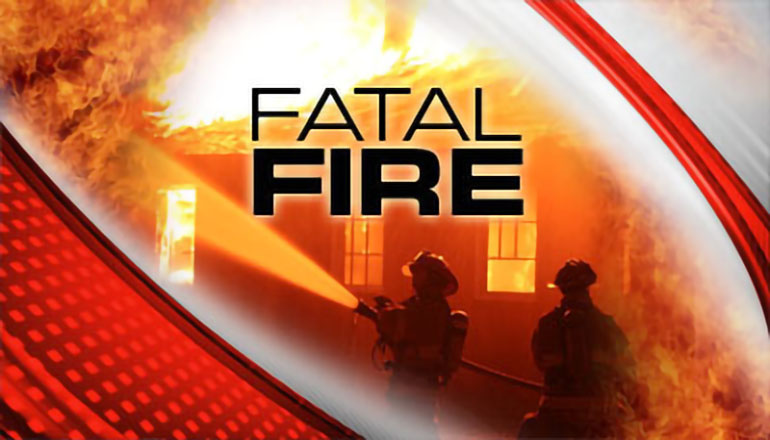 One person died as the result of a fire at a three-story residential apartment house in Chillicothe on Friday evening, April 8, 2022.

Chillicothe Fire Chief Eric Reeter reports after the initial knockdown of the fire, crews entered the structure at 1015 Polk Street in search and rescue mode.

Firefighters searched the downstairs apartment for a resident who was unaccounted for. The resident was found in a back bedroom, removed from the apartment, and taken to an ambulance for medical care. It was determined the person was already deceased from injuries sustained in the fire. The Livingston County Coroner was dispatched to the scene.

The name of the resident was not released.

Another resident suffered minor smoke inhalation and was treated and released at the scene.

When firefighters first arrived on the scene, they found heavy fire conditions on the A-side of the apartment house. Chillicothe Police officers were assisting residents living on the D-side with exiting the apartments.

Firefighters deployed two one-and-a-half-inch handlines and used foam and water on the fire. Ladder 1 arrived and was deployed pushing water into the attic. Crews cut ventilation holes in the roof and did salvage and overhaul to reach areas of fire in multiple areas of dead spaces throughout the structure.

Chillicothe Municipal Utilities and Liberty Utilities were dispatched to the scene to turn off utilities.

Chillicothe firefighters were on the scene for approximately three and a half hours.

The Chillicothe Fire Department lists the owner of the apartment house as Jerry Stout of Chula.