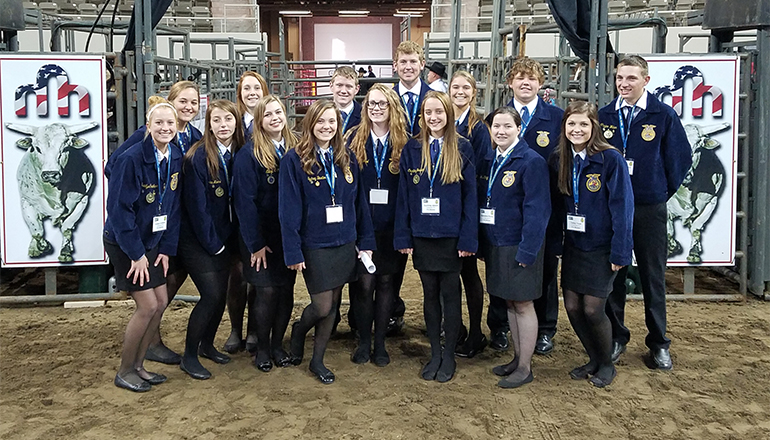 The 90th National FFA Convention, held October 25-28 in Indianapolis, Indiana, was attended by 15 of the local Chillicothe FFA members.

Member Sydney Baxter said, “What a great honor to be able to represent both our chapter and country while in front of thousands of FFA members.”

Advisor Randy Plattner said, “It is a great opportunity to be able to put our students in the spotlight of National Convention and to display their patriotism that our chapter works to instill in its members.”