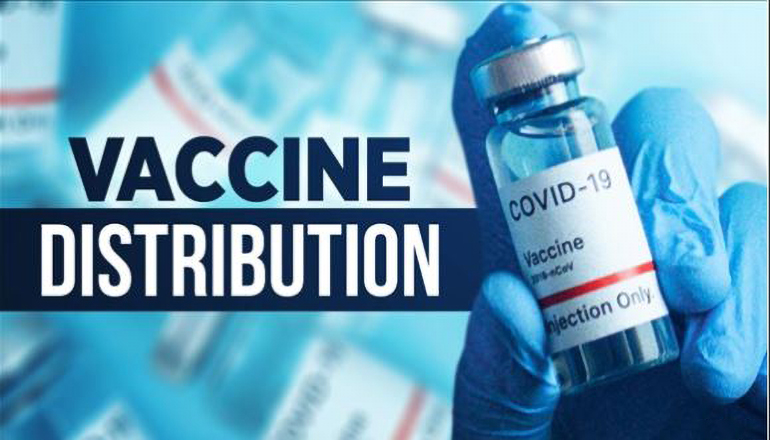 (Missouri Independent) – The Trump administration on Tuesday directed state officials to expand who is getting vaccinated for COVID-19, and announced that all available doses will be distributed to states instead of holding back a reserve of follow-up doses.

Under the policy changes outlined by Health and Human Services Secretary Alex Azar, states should begin vaccinating anyone over 65 and those under 65 who have underlying health conditions that put them at increased risk of severe COVID-19 symptoms.

States also are urged to expand the sites being used for vaccinations and will see their allocation of doses change. The number of vaccine doses sent to states each week will no longer be based on population, but rather on the pace of vaccine administration and the number of residents 65 and older.

“Every vaccine dose that is sitting in a warehouse rather than going into an arm could mean one more life lost or one more hospital bed occupied,” Azar told reporters.

A spokeswoman for Missouri’s state health department said the new federal recommendations are being discussed.

The shift in federal policy guidance comes amid frustrations over the slow rollout of vaccinations as case counts and deaths from COVID-19 hit new highs. Instead of the 20 million doses that Trump administration officials had estimated could be administered by the end of 2020, that tally was just over 3 million.

State officials also have expressed exasperation at changing figures on the amount of vaccines they will receive each week.

Last month, Missouri’s health department cited incorrect figures in the software system Tiberius, a Pentagon tracking system that had been used for planning scenarios, as the reason for a decrease in estimated doses the state would receive.

The decline stymied officials’ efforts to get doses to Missouri’s healthcare providers as planned, with some hospitals reporting delays in expected shipments before doses were redistributed.

Missouri state health department officials have called on providers to reach out to the federal government and request reliable figures be released at least a month ahead of time in order to facilitate better planning on the ground.

“Not in a one-week or even two-week tempo, but largely we would like to see four to six weeks out as a guaranteed baseline so that we can plan and provide accordingly transparent and clear information for everyone in the process,” Adam Crumbliss, the director of the DHSS’ Division of Community and Public Health, said on a call with vaccinators late last month.

A group of Democratic governors — including those from Michigan, Kansas, Minnesota, and Wisconsin — last week called on federal officials to accelerate the distribution of the available vaccines so that the second dose of the two-shot regimen isn’t held back. President-elect Joe Biden had pledged to make that change as soon as he takes office next week.

Azar said Tuesday that the decision to release all available doses was made due to increased confidence that pharmaceutical manufacturers will be able to produce enough doses to keep up with demand.

Noting the lack of response to the governors’ request for more doses, Michigan Gov. Gretchen Whitmer wrote to Azar on Monday, seeking permission to buy more doses directly from Pfizer, one of two companies with COVID-19 vaccines authorized for emergency use. HHS officials did not respond to questions about her letter.

It’s not clear whether states have been expressly prohibited from seeking to purchase vaccine doses, but the federal government has been the sole purchaser and distributor in the U.S., through a Trump administration task force dubbed Operation Warp Speed.

That effort has distributed more than 25 million doses to states, according to HHS officials and tracking data compiled by Bloomberg News. Of that figure, just 9 million vaccine doses have been administered.

Asked about that gap and why some states have done better than others at getting doses administered, Azar said there has been “variable performance” across states. Some focused too much on vaccinating all of their health care workers and long-term care facilities residents — the first priority group for vaccines — before broadening eligibility.

Azar also blamed data issues for the gap in doses sent versus injected, saying some states have had issues with getting their information sent through the federal system. For vaccination programs, states typically have 30 days to report their data but are instructed to report COVID-19 vaccine data within just 72 hours.

Instead of a centralized national vaccine plan, the Trump administration has left it up to states to determine which populations will be prioritized for vaccines and when to start vaccinating the next group of residents. That’s resulted in a range of approaches to getting vaccines into residents’ arms.

In Missouri, the state is working through its “Phase 1A” groups, which include frontline healthcare providers and residents and staff in long-term care facilities.

It’s unclear when exactly “Phase 1B” will begin. In a press conference Monday, Gov. Mike Parson said Phase 1B tiers would likely be defined further next week.

Parson said during a press conference last week that the state expects to complete vaccinating those within Phase 1A by the end of January. At the time, there were 351 providers approved to administer the vaccine across the state, Parson said.

“We know that many Missourians are still wondering when they will be able to receive the COVID-19 vaccine,” Parson said. “We are working through our vaccine plan as quickly and efficiently as possible, but it is important to remember that the current demand for the vaccine is much greater than the supply.”