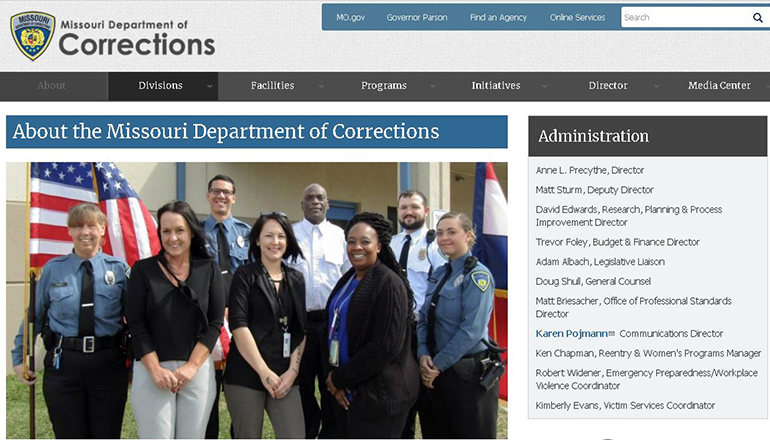 About 96% of people incarcerated in Missouri eventually return home to our communities. More than 15,000 Missourians are released from state prisons each year. To help boost their chances of success, the Missouri Department of Corrections partners with fellow state agencies and community nonprofit organizations to build a network of support in areas such as behavioral health treatment; job training and employment; housing and transportation; family reunification and parenting; basic life skills; and countless other factors that affect risk and recidivism.

Pastor Tony Lowden, executive director of the Federal Interagency Council on Crime Prevention and Improving Reentry, is looking to Missouri as a national model for reentry success.

During the week of October 7-9, Lowden toured facilities and visiting with organizations that are reshaping the future for Missouri’s returning citizens. With stops in St. Louis, Cape Girardeau, Sikeston, and Poplar Bluff, Lowden will:

President Donald Trump appointed Pastor John “Tony” Lowden executive director of the Federal Interagency Council on Crime Prevention and Improving Reentry in February 2020. A native of Philadelphia, Lowden is the pastor at Maranatha Baptist Church in Plains, Georgia — where President Jimmy Carter is a congregant and Sunday School teacher. Lowden has served as the director of the faith and justice initiative for the Georgia Governor’s Office of Transition Support and Reentry under former Gov. Nathan Deal and has served as a chaplain for the Secret Service in Southwest Georgia

The Federal Interagency Council on Crime Prevention and Improving Reentry

To inform the work of the Council and its member agencies, Pastor Lowden, Executive Director of the Federal Interagency Council on Crime Prevention, is visiting Missouri.

Department of Justice Funding for Reentry