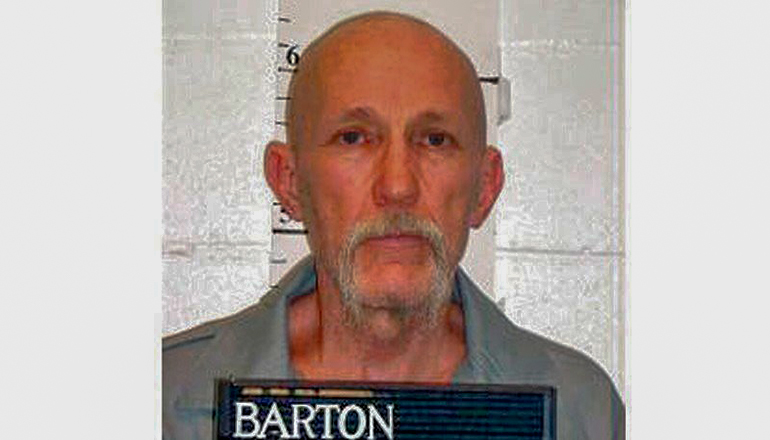 A federal judge has issued a stay of execution in the case of a convicted southwest Missouri killer, who was scheduled to be executed Tuesday evening at the maximum-security prison in Bonne Terre.

64-year-old Walter Barton was convicted of first-degree murder for the 1991 killing of 81-year-old Gladys Kuehler. She managed a mobile home park in the small town of Ozark, which located in Christian County, south of Springfield.

U.S. District Judge Brian Wimes issued the stay on Friday, saying he needs more time to review claims from Barton’s attorneys. Judge Wimes has given Barton a 30-day reprieve and outlines his reasons in a seven-page ruling.

“At a minimum, equity requires this Court’s meaningful consideration the petition for habeas relief, which the Court anticipates would require no more than 30 days from today’s (May 15th) date to complete,” Judge Wimes writes.

Missouri Attorney General Eric Schmitt’s office is appealing the stay. Unless the federal Circuit Court of Appeals or the U.S. Supreme Court lifts the stay, Barton will not be executed Tuesday.

Barton’s attorneys have raised concerns about evidence used at the trial, and the “Kansas City Star” reported Friday that the attorneys also say that Barton suffered a brain injury and is incompetent to be executed.

The arguments that Barton’s lawyers made to obtain the stay are essentially the same arguments that they used unsuccessfully in April, with the Missouri Supreme Court in Jefferson City.

In late April, the Missouri Supreme Court unanimously denied Barton’s petition for a writ of habeas corpus, which cleared the way for the execution. A writ of habeas corpus is essentially a court order that demands that a warden deliver an incarcerated person to the court and show a valid reason for the inmate’s imprisonment.

Barton’s attorney, Frederick Duchardt Jr., filed paperwork with the court, which said that Barton is innocent and is incompetent to be put to death.

This case has been working its way through the state and federal court system for almost 30 years.

The “Springfield News-Leader” notes Barton was first convicted in 1994 and ended up having five trials because two convictions were overturned on appeal.

Court documents say Kuehler, who was unable to move without the assistance of a cane, was stabbed more than 50 times, including 23 times in the back. Court documents also indicate that Kuehler’s throat “had been cut from ear to ear.”

In February, the Missouri Supreme Court scheduled a May 19th execution date for Barton. Executions in Missouri are conducted by lethal injection at the prison in southeast Missouri’s Bonne Terre.