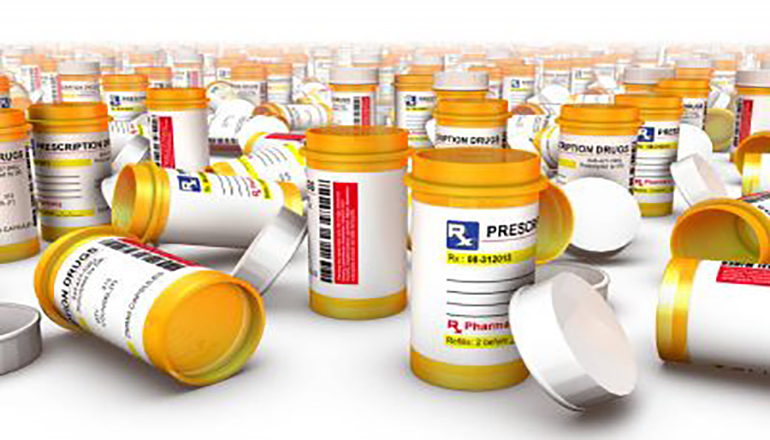 (Missouri Independent) – The sweeping Inflation Reduction Act passed by Democrats in the U.S. Senate on Sunday takes on an issue that Americans have been screaming about for years: The high cost of prescription drugs.

But while it will bring immediate relief to millions of seniors, several experts have said it may dampen the development of new drugs and new uses for existing ones. And, they say, it fails altogether in addressing one of the fundamental drivers of increasing drug costs for all Americans — the massive, non-transparent system of rebates charged by huge drug middlemen.

“I would broadly characterize the package as a mixed bag with a lot of missed opportunities,” said Antonio Ciaccia, CEO of 46brooklyn Research, an Ohio-based drug-pricing data firm.

Along with its provisions to address climate change and policies targeting wealthy tax cheats, the bill seeks to ease drug costs for patients enrolled in Medicare, the federal health program that primarily benefits Americans over 65.

One of the most powerful ways it would do that is by capping out-of-pocket drug costs for seniors in Medicare Part D at $2,000 a year starting in 2025, the Kaiser Family Foundation reported.

“That out-of-pocket cap is amazing,” Ciaccia said. “You can’t imagine the number of seniors who are rationing their care, having family members who are having to pony up for treatment, sometimes forgoing it, taking out of their retirement in order to do it. So let’s be very clear. I think that policy is unbelievably good and necessary.”

The bill also would also ease seniors’ burden by eliminating all out-of-pocket costs for vaccines starting next year. And it would eliminate the 5% copayment for seniors in the “catastrophic tier” of Part D starting in 2024.

Medicare recipients enter that tier after their putative out-of-pocket costs reach $7,050 (in 2022). But Medicare counts much of what drugmakers and others also pay while patients are in the so-called “coverage gap” toward their out-of-pocket expenses.

In addition, the Senate bill would employ several mechanisms to control drug prices — but only for Medicare patients.

Starting next year, it would require manufacturers to pay a refund if their price increases exceed the rate of inflation. That provision would apply to all medicines costing more than $100 per year.

In 2026, the bill also would start targeting certain, high-cost drugs.

The system is a little complicated. But in a nutshell, it breaks drugs down into two categories — “small-molecule” drugs — thinks most of the traditional pills you take — and “biologics,” medicines consisting of more elaborate molecules that often have to be administered by injection or infusion.

Based on their classification, the government would give makers of certain expensive drugs different periods of time after they receive FDA approval to sell their products at whatever prices they want. But after nine years, makers of some expensive small-molecule drugs would have to start selling them at progressive, steep discounts. Makers of some pricey biologics would have to start doing so after 13 years.

Supporters of the Inflation Reduction Act describe what would happen after those exclusivity periods as “negotiation,” but drugmakers might not have much of a choice. As explained by KFF, the discounts are laid out in the bill, as are hefty fines for drugmakers who refuse to participate.

But an industry group representing drug manufacturers isn’t happy with it.

“Once the government can set prices for life-saving medicines, it will demand even more control over the health care of American patients and the collateral damage from this bill will only grow,” Stephen Ubl, president, and CEO of the Pharmaceutical Research and Manufacturers Association, said in an Aug. 7 statement. “There is still time to reject this partisan bill and work on bipartisan reforms that lower costs at the pharmacy and protect the hope patients have for new treatments. We urge the House to do what’s needed to stop this dangerous bill and deliver the kind of meaningful patient-centered reforms the American people are counting on.”

That might be a self-interested argument. But some independent experts also raised concerns that the discounts spelled out in the bill would dampen investors’ enthusiasm for plowing money into pharmaceutical research.

Craig Garthwaite, director of the Program on Healthcare at Northwestern University’s Kellogg School of Management, wrote that in their first stages of development, ideas for new drugs often migrate from university laboratories to small companies. Those companies then try to attract venture capital from investors who know that such projects are often a bust, but some offer huge rewards, Garthwaite wrote late last month in the health publication STAT News.

Only after these technologies prove promising are they bought by larger drugmakers who have the resources to conduct clinical trials, facilitate government approval, then mass produce and market the drugs, he wrote. Garthwaite argued that by limiting the ultimate profitability of some drugs, the new rule would limit the venture capital needed to fund innovation in its earliest stages.

“So the new legislative carve-out won’t save anyone,” he wrote. “Subsequent price controls will still erode startup valuations and therefore investment. Venture capital companies could no longer count on exiting their investments with the same level of returns because any future buyer would be staring down the price-control barrel.”

However, others have argued that the scope of those controls would be limited. The legislation passed on Sunday calls for controls to be placed on 10 drugs in 2026, 15 in each of the two years after that, and 20 in 2029 and each year after that.

In its analysis, the Congressional Budget Office also said the bill’s impact on innovation would be minuscule, reducing the number of new drugs introduced over the next 30 years by just over 1%.

But when the Inflation Reduction Act become law, it will take away what some experts see as a much more powerful tool to curb drug inflation. It would preserve protections huge drug middlemen enjoy from federal anti-kickback laws.

The biggest three middlemen, known as pharmacy benefit managers, are all combined with major insurance companies and each corporation is among the 25 largest corporations in the United States. In Medicare, Medicaid, and the private insurance market, decide which drugs are covered and they extract huge rebates from drugmakers in exchange for putting their products on lists of covered drugs, or formularies.

The transactions are non-transparent so it’s not known how much of those rebates the pharmacy benefit managers are passing along or how much they’re putting in their pockets. However, research has shown that inflating rebates have led to even greater inflation in the list prices.

Those are the prices you pay if you don’t have insurance. They’re also often what your copayments, coinsurance, and deductibles are based on. And that’s not just for people on Medicare, that’s for everybody.

The Trump administration proposed and then delayed a rule that would have effectively prohibited pharmacy benefit managers from extracting rebates from drugmakers in exchange for covering their drugs. After the Biden administration also delayed the rule, the bill passed by the Senate on Sunday would eliminate it altogether.

Former FDA Commissioner Scott Gottlieb said that the big disparity between list prices and net prices for drugs was already a big problem and several provisions in the Senate bill likely will make it worse.

“Because rebates often flow to insurers and not patients, this phenomenon partly unwinds the effects of community rating by requiring generally sicker patients taking expensive medications to pay more,” he wrote with Benedic N. Ippolito, a senior fellow at the American Enterprise Institute. “If anything, policymakers should be looking for ways to attenuate the large divergence between high list prices of drugs and lower post-rebate, ‘net’ prices.”

Ciaccia, the Ohio drug pricing analyst, said the system in the United States has become so screwed up that it’s inevitable that the fixes for Medicare patients in the Inflation Reduction Act would come with costs elsewhere.

“Let me ask you this: Why do we need these caps in the first place?” he said. “It’s because some of these medications are so over-inflated it’s ridiculous. It’s not realistic for (seniors) to obtain them without some sort of collateral damage due to our pricing system.”

The story was originally published by the Ohio Capital Journal, a States Newsroom affiliate.

Marty Schladen has been a reporter for decades, working in Indiana, Texas, and other places before returning to his native Ohio to work at The Columbus Dispatch in 2017. He's won state and national journalism awards for investigations into utility regulation, public corruption, the environment, prescription drug spending, and other matters.