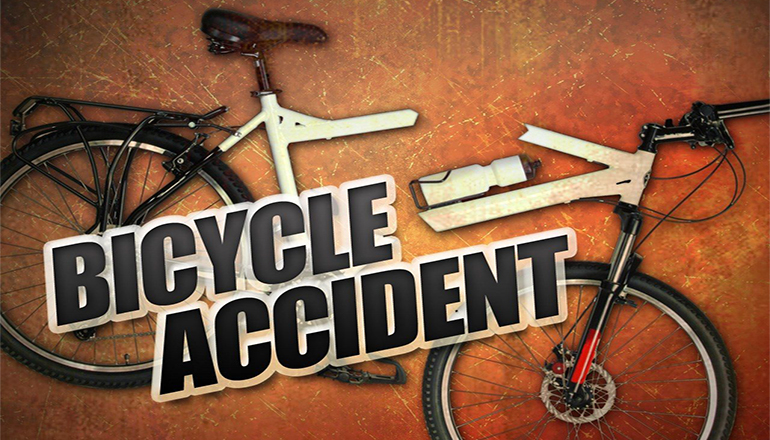 An Eagleville boy was injured late Saturday afternoon when the bicycle he was riding hit a sports utility vehicle at an intersection in Eagleville.

The 14-year old boy was taken by private vehicle to Harrison County Community Hospital in Bethany with moderate injuries. The driver of the SUV, 28-year old Alfred MaCali of Gladstone, was not reported hurt.

The bicycle was traveling north on 12th Street, failed to halt at a stop sign, and hit the front passenger side of the sports utility vehicle, which was eastbound on Route N. The driver of the SUV attempted to avoid the bicycle by driving off the left side of the road. The boy was ejected from the bicycle when it hit the SUV.

Damage was listed as extensive to the bicycle and minor to the SUV. The boy riding the bicycle was wearing safety equipment, and the driver of the SUV was wearing a seat belt.