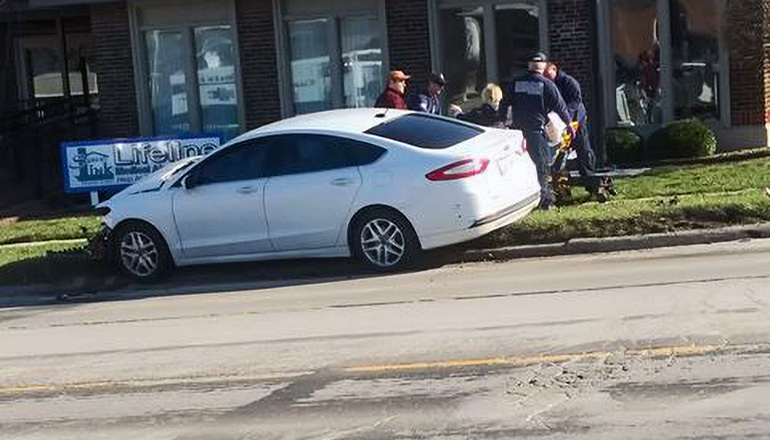 The Missouri State Highway Patrol reports three people were hurt late Saturday afternoon in Trenton when a car attempting to elude law enforcement was involved in an accident with another car and hit a tree.

The car driven by Ellis was failing to yield and attempting to elude law enforcement while southbound on Normal Street when Ellis failed to halt at a stop sign at Highway 6, which is 9th Street, and traveled into the path of the car operated by Shelton, which was eastbound on 9th Street.

The eastbound car operated by Shelton hit Ellis’ vehicle on the passenger side causing Shelton’s car to travel off the right side of 9th Street. Ellis’ vehicle went off Normal Street, hit a tree, began to skid counterclockwise, and came to rest in a gravel parking lot.

Ellis’ vehicle was demolished and damage to Shelton’s car was listed as extensive. Shelton and Ms. Donohue were both wearing seat belts while Ellis was not.