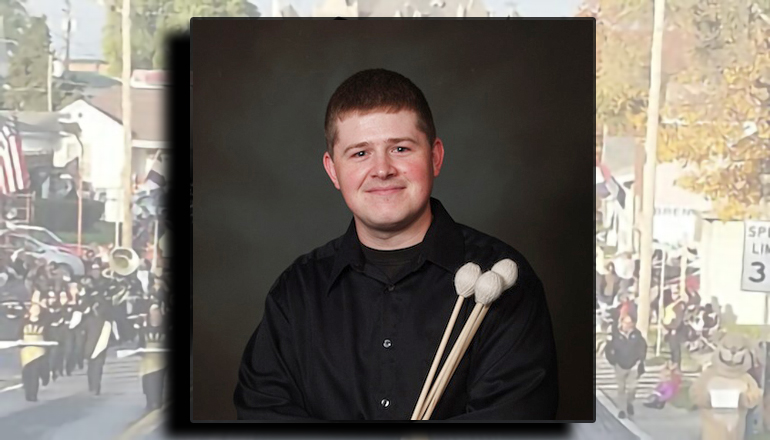 Dr. Tracy Thomas is the most recent judge announced for the 2021 Missouri Days Marching Festival on October 16th in Trenton.

Dr. Thomas is an educator/percussionist/adjudicator based out of Troy, Missouri. Since his collegiate years, Tracy has been an active clinician throughout the region. He has degrees from Missouri Western State University and the University of Kansas, where he completed his doctorate in 2010.

Thomas has had his compositions performed by numerous ensembles and soloists throughout the United States and abroad. His piece, Three Songs for Voice and Marimba, won third prize in the 2008 Percussive Arts Society International Composition Competition.