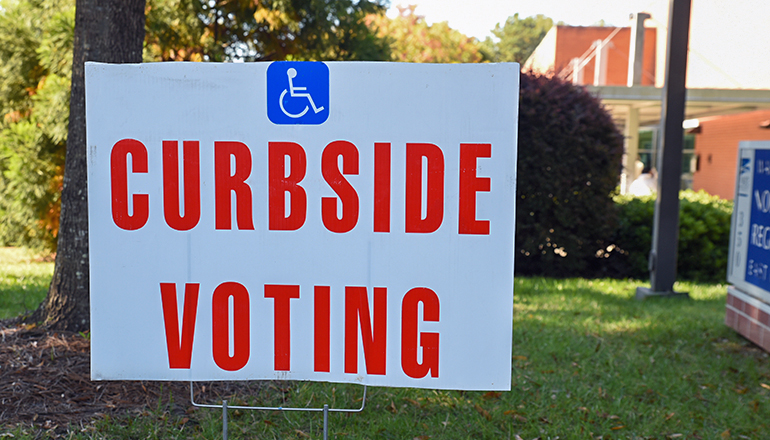 Experts say Missouri ranks low among states when it comes to steps it has taken to improve accessibility in voting.

Denise Lieberman, director and general counsel of the Missouri Voter Protection Coalition, which has a disability-rights committee, said people with disabilities face barriers at all stages of the voting process, from registering to vote to casting a ballot and having their ballot counted.

She pointed out for many people with disabilities, casting their vote independently is important, and there should be accessible options both in-person and absentee.

“We need to respect the right of all voters to cast a secret ballot,” Lieberman asserted. “And one way that happens is through voting machines that are accessible to people with a range of impairments.”

Lieberman noted a bill before the Legislature would ensure at least one accessible voting machine is available at every polling place. She added measures such as increased access to curbside voting also would make a big difference.

Chris Fagan, a self-advocate and president of People First in St. Joseph, said in addition to more ramps at polling places and accessible ballots, it is important to get the word out about what the rules are.

“People feel their vote doesn’t matter, and that simply isn’t true,” Fagan emphasized. “Their vote does count, and I think that they should have more accessible changes to cast your ballot. “

Joan Lipkin, founder of the DisAbility Project and artistic director at That Uppity Theater Company, one of the oldest ensembles in the U.S. performing shows about disability culture, including actors with and without disabilities, said voters with disabilities care about the same issues as everyone does: COVID-19, the economy, health care, education, jobs.

But she noted there are additional concerns perhaps not top of mind for people without disabilities, such as community integration, housing, accessible transportation, Medicaid, health care, and more.

“We need to make sure that people understand that their interests are served by voting,” Lipkin stressed. “The majority of Americans believe that everyone should have the right to vote. And a growing number of people, especially with an aging population, will experience disability, a growing number of people have family members with disabilities.”

She added if people have questions or need advice about registering to vote or voting, they can call the election protection hotline at 866-OUR-VOTE.