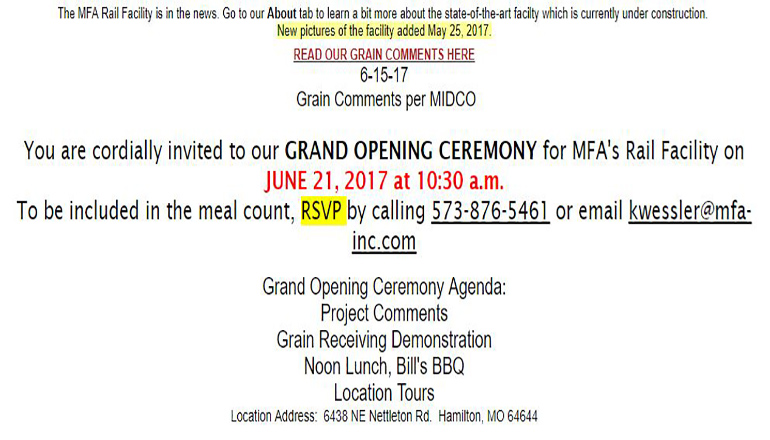 DeHart reported that the project includes construction of a rail loop and three-grain storage units.

The facility will be designed to load a full 110 rail car train in less than eight hours.

She said there are three point five million bushels of storage on site, but the company hopes to move grain rather than store it for an extended period of time.

DeHart explained that there will be grain conditioning equipment, including a dryer matched with two 5,000 bushel overhead bins.

During the business meeting, the club donated $500 to the Green Hills Recreation Association to sponsor a tournament held in Trenton this week.

Taya Ray and Cara McClellan accepted the donation on behalf of the association.