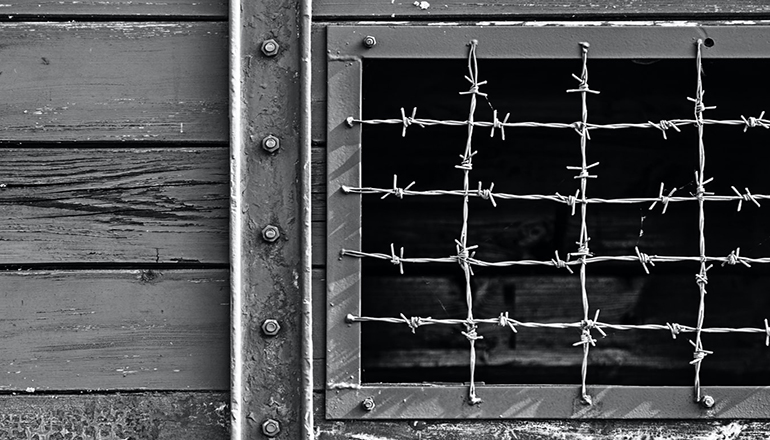 The Board of Immigration Appeals has dismissed the appeal of Tennessee resident Friedrich Karl Berger, a German citizen who was ordered removed from the United States earlier this year on the basis of his service in Nazi Germany in 1945 as an armed guard of concentration camp prisoners in the Neuengamme Concentration Camp system (Neuengamme).

“Berger’s willing service as an armed guard at a Nazi concentration camp cannot be erased and will not be ignored,” said Acting Assistant Attorney General Brian C. Rabbitt of the Justice Department’s Criminal Division.  “On the eve of tomorrow’s 75th anniversary of the commencement of the Nuremberg trials of the surviving leaders of the defeated Nazi regime, this case shows that the passage of time will not deter the department from fulfilling the moral imperative of seeking justice for the victims of their heinous crimes.”

“Berger was an active participant in one of the darkest chapters in human history. He attempted to shed his nefarious past to come to America and start anew, but thanks to the dedication of those at the Department of Justice and Homeland Security Investigations, the truth was revealed,” said Deputy Assistant Director Louis A. Rodi III of U.S. Immigration and Customs Enforcement’s (ICE) Homeland Security Investigations (HSI) National Security Investigations Division, which oversees the Human Rights Violators and War Crimes Center.  “War criminals and violators of human rights will not be allowed to evade justice and find safe haven here.”

The BIA upheld a Memphis, Tennessee, Immigration Judge’s Feb. 28, 2020, decision that Berger was removable under the 1978 Holtzman Amendment to the Immigration and Nationality Act because of his “willing service as an armed guard of prisoners at a concentration camp where persecution took place” constituted assistance in Nazi-sponsored persecution.  The court found that Berger served at a Neuengamme sub-camp near Meppen, Germany and that the prisoners there included “Jews, Poles, Russians, Danes, Dutch, Latvians, French, Italians, and political opponents” of the Nazis.  The largest groups of prisoners were Russian, Dutch, and Polish civilians.

After a two-day trial in February, the presiding judge issued an opinion finding that Meppen prisoners were held during the winter of 1945 in “atrocious” conditions and were exploited for outdoor forced labor, working, “to the point of exhaustion and death.”  The court further found, and Berger admitted, that he guarded prisoners to prevent them from escaping during their dawn-to-dusk workday, and on their way to the worksites and also on their way back to the SS-run subcamp in the evening.

At the end of March 1945, as allied British and Canadian forces advanced, the Nazis abandoned Meppen.  The court found that Berger helped guard the prisoners during their forcible evacuation to the Neuengamme main camp – a nearly two-week trip under inhumane conditions, which claimed the lives of some 70 prisoners.  The decision also cited Berger’s admission that he never requested a transfer from concentration camp guard service and that he continues to receive a pension from Germany based on his employment in Germany, “including his wartime service.”

In 1946, British occupation authorities in Germany charged SS Obersturmführer Hans Griem, who had headed the Meppen sub-camps, and other Meppen personnel with war crimes for “ill-treatment and murder of Allied nationals.”  Although Griem escaped before trial, the British court tried and convicted the remaining defendants of war crimes in 1947.

The trial and appeal of the removal case were handled by Eli Rosenbaum, Director of Human Rights Enforcement and Policy in the Criminal Division’s Human Rights and Special Prosecutions Section (HRSP), HRSP Senior Trial Attorney Susan Masling, and attorneys from ICE New Orleans, Office of the Principal Legal Advisor (Memphis), with assistance from HRSP Chief Historian Jeffrey S. Richter, and the Human Rights Violators and War Crimes Center.  The investigation was initiated by the HRSP and was conducted in partnership with the Nashville ICE HSI office.

Photo by Majkl Velner on Unsplash