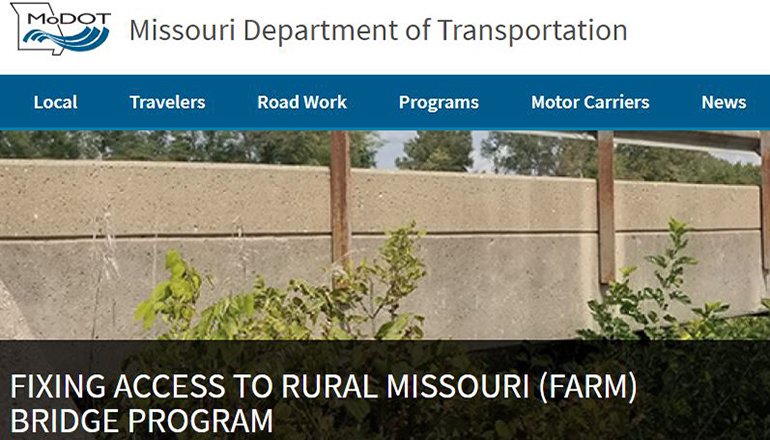 The Fixing Access to Rural Missouri Bridge Program will replace 41 bridges primarily in Northern Missouri. The $26 million design-build project was enabled by receipt of a $20.7 million federal grant under the Competitive Highway Bridge Program.

The Missouri Department of Transportation reports design-build is a delivery method that includes hiring one contracting team to complete the design work and build highway improvements under one contract. MoDOT provides the project goals, budget, and schedule, and the contractor team completes the work.

The bridge team created a short list of five teams who will compete for the contract to oversee the design and construction of bridge replacements. Teams selected to further develop their proposals are Capital—HDR, Clarkson—Burns and McDonnell, Emery Sapp and Sons—Parsons, Lehman—Wilson, and OCCI—Benesch.

Gander says the FARM Bridge Team will release the request for proposals on January 12th to the teams to submit their proposals to design and construct the bridges. The Missouri Highways and Transportation Commission is expected to award the project at its May meeting.

One of the project’s goals is to safely deliver the project within the program budget of $25.99 million on or before October 31st, 2023. Other goals include using innovation to maximize the number of locations to be addressed, providing quality long-lasting structures, and minimizing public inconvenience through increased construction speed and flexibility in scheduling.

More information about the Fixing Access to Rural Missouri Bridge Program can be found on the Missouri Department of Transportation website. modot.org/farm-bridge-program.