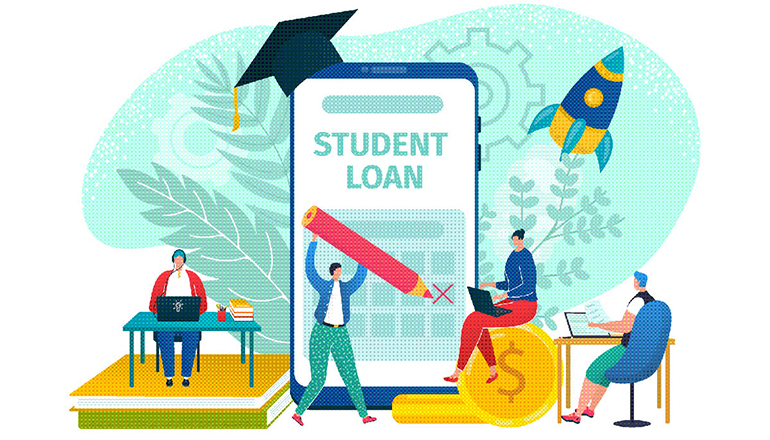 (Missouri Independent) – More than 100 congressional Democrats are urging the White House to extend the pause on student loan repayment beyond the Aug. 31 deadline.

In a Thursday letter to President Joe Biden and Secretary of Education Miguel Cardona, U.S. Senate and House Democrats argue that due to inflation and an ongoing coronavirus pandemic, student loan borrowers should get an extension on pausing their loan payments.

“This much-needed pause has helped many borrowers to keep a roof over their heads, secure childcare, and purchase food, health care, and medicine during the course of a pandemic responsible for the deaths of more than 1 million people in the U.S.,” they wrote.

“For the first time, many borrowers have had the opportunity to pay down debt, open a savings account, purchase a home, and save for retirement—none of which would have been possible without the payment pause.”

They did not give another deadline for repayments to begin in their letter to the president. The pandemic is still ongoing, and the U.S. surpassed 1 million COVID deaths.

“Despite significant decreases over the last month, gas prices are still high, and many borrowers still have to pay exorbitant amounts each week in order to commute to their jobs,” the lawmakers wrote. “Food prices remain high, as suppliers contend with ongoing supply chain issues and the war in Ukraine.”

They added that if the Biden administration resumed student loan payments, it would create confusion for some borrowers who are waiting for a decision from the Department of Education’s Public Service Loan Forgiveness waver, which “forgives the remaining balance on your Direct Loans after you have made 120 qualifying monthly payments under a qualifying repayment plan while working full-time for a qualifying employer.”

“Currently, many borrowers are in limbo as they await upcoming actions from the Department or their federal student loan servicer — either through the Public Service Loan Forgiveness (PSLF) waiver or through the one-time account adjustments announced by Ed on April 19, 2022, that would count past periods of forbearance or deferment,” the lawmakers wrote.

During a press gaggle with reporters, the president said on June 21 that he would decide at the end of August on extending the pause on student loans.

But lawmakers have pushed Biden to cancel student loan debt of up to $50,000 through an executive order, arguing that he can do so because the Department of Education owns about 92% of that student loan debt.

Biden has said he will only cancel up to $10,000 in student loan debt, and only if Congress passes legislation to do so.

The Federal Reserve estimates that the total U.S. student loan debt is more than $1.75 trillion.