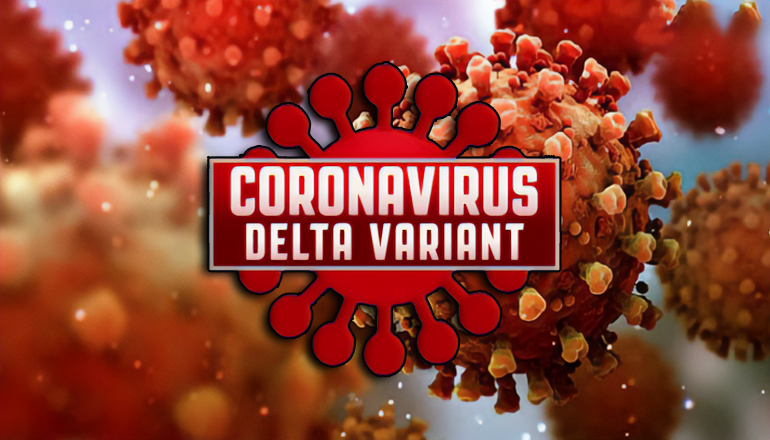 (Missouri Independent) – During June, as the Delta variant of COVID-19 took hold in Missouri, the seven-day average of new cases doubled.

And now that the easily spread mutation has reached every corner of the state, July will be a repeat of June, or worse, according to the University of Missouri professor monitoring wastewater for the coronavirus.

“Pretty much everywhere we have seen the Delta variant appear we have seen a spike in cases in two or three weeks,” Marc Johnson, professor of molecular microbiology and immunology, said on Thursday.

The variant was first identified in Branson in May and has since spread throughout the state. It was identified in every one of 36 samples from large and small sewage systems collected between June 14 and June 20.

“I am assuming our overall state case numbers are going to double or triple in the next few weeks,” Johnson said.

Missouri reported more than 1,000 additional COVID-19 cases on Wednesday and Thursday, the first time since Feb. 12 with consecutive days of more than 1,000 cases. The last date with 3,000 or more cases was Jan. 15.

Missouri has recorded 620,025 cases of COVID-19 since the first was identified in March 2020. The Department of Health and Senior Services (DHSS) has reported 9,350 deaths, 1.5 percent of the total cases confirmed by testing.

Because of the spike in cases, the state is asking for federal help from newly formed surge response teams, DHSS spokeswoman Lisa Cox wrote in an email. She had few other details.

“I’ll provide more as I’m able, but I don’t believe we have firm dates yet,” Cox wrote.

The Kansas City Star reported that the team will focus on vaccine confidence efforts, epidemiology, surveillance, and sequencing support related to the Delta variant.

Missouri is 39th of the 50 states and District of Columbia in vaccine delivery, according to the Centers for Disease Control. Statewide, 44.5 percent of the state’s population has received at least one dose of vaccine, compared to 54.6 percent nationwide. Only one of the state’s 117 local health department jurisdictions, Boone County, tops 50 percent.

There are 34 jurisdictions with fewer than 25 percent initiating vaccination, including seven with less than 20 percent.

A vaccine is the only tool available that can stop the spread, said Scott Clardy, assistant director of the Columbia-Boone County Department of Public Health and Human Services.

“This vaccine is not 100 percent effective to keep you from getting COVID-19,” Clardy said. “But what it is very effective at is keeping you out of the hospital and keeping you from dying of COVID-19.”

Since January, Missouri seemed to be firmly on the downside of the COVID-19 curve.

But by the end of May, the first hints that a new wave was coming were clear. Linn and Livingston counties in northwest Missouri had a combined 488 new cases, a 17 percent increase in total infections.

At that time, Johnson’s analysis showed the Delta variant only in Branson, Brookfield in Linn County, and Licking in Texas County.

The variant spread out of Branson along the highway corridors leading to Springfield and the Lake of the Ozarks and soon most of southwest Missouri was showing spikes in cases. From 774 cases in May, Greene County recorded 2,524 COVID-19 cases in June, according to state data. The highest total came on June 30, with 204 additional cases.

The move from rural areas to more populated centers reversed the path used by the Alpha variant, first identified in Great Britain, which first appeared in more populated areas of the state, Johnson said.

Studies suggest the Delta variant is 40 to 60 percent more transmissible than the Alpha variant, which is 50 percent more easily spread than the original coronavirus that emerged in China in 2019.

By the time samples were taken in early June, 18 of the wastewater systems being tested showed the Delta variant, some in combination with the Alpha variant. The map used to illustrate the wastewater results identifies the variant with a color-coded symbol.

The most recent data, posted Tuesday, has 19 purple boxes, from tiny Memphis in northeast Missouri, population 1,822, to the Metropolitan Sewer District serving the homes and businesses of St. Louis.

Now that the Delta variant is established throughout the state, there is a lot of uncertainty, Johnson said.

“All the larger places it has hit have had the same pattern,” he said. “I don’t know what it will look like because the only place that has gotten to the end is Brookfield and they may have run out of people to infect.”

There are 11,920 people in Linn County and 13.4 percent have had COVID-19 infections identified by a test.

The increase in new cases is clear in Boone and Buchanan counties, which each had more than 425 cases in June and more than 200 in the final week of the month.

Columbia Public Schools in Boone County has 384 students and 13 faculty and staff home with a positive COVID-19 case or in quarantine due to exposure from the summer session that began June 14. The district has 8,900 students enrolled in summer courses, the Columbia Missourian reported.

All the indicators for Boone County show a rapid increase in cases is likely. The positive rate for COVID-19 tests performed by Columbia’s three hospital systems, below 3 percent in the first weeks of May, is 13.3 percent during the seven-day period ending Thursday.

From a seven-day average of 4 cases per day on May 31, the rate was 36 per day on Thursday. On April 19, only five people, including four from Boone County, were hospitalized with COVID-19. On Thursday, there were 53, all but 5 from the rural region of about 25 counties served by the city’s hospitals.

The health department moved its hospital status to yellow, meaning steps have been taken either to delay transfers from other facilities or reduce other operations to focus on COVID-19 patients.

“I am hopeful things don’t get as bad as they were back in November when we had nobody vaccinated,” Clardy said.

The department is collecting the data that will show how many of those hospitalized were not vaccinated, Clardy said.

“Just anything to make people understand this is serious,” he said.

The vaccines are a tool that wasn’t available when the virus was raging late last year, Clardy said. While the county leads the state in shots administered, he said, it isn’t enough.

“We’ve got the ability to keep this from going up now,” Clardy said. “We’ve got vaccines. We’ve still got things like masking, social distancing, and staying home, but we have to keep pushing to get as many people vaccinated as we possibly can.”

The department is not considering recommendations against gatherings for Independence Day and the city has a full celebration planned downtown for its bicentennial.

Johnson’s project is a collaboration between the university, the Department of Natural Resources, which regulates sewage and collects the samples, and the state health department, which reports the data to local health departments.

Jeff Wenzel, chief of the state health department’s Bureau of Environmental Epidemiology, said the connection between the results from wastewater sampling and the advent of new cases is very strong.

“With our tool, when we have seen an increase in the viral load of 40 percent or greater in one week, it is followed by a 25 percent increase in cases, at least,” Wenzel said.

One aspect of how the coronavirus is spread that was evident early on is that people who do not show symptoms can infect others.

“We’re not done fighting COVID yet,” Wenzel said. “We continue to see these variants, Alpha, Delta. We still need to have good hygiene and stay home if we are sick. You still need to become vaccinated if you are not already.”

Hospitalizations statewide were up more than 40 percent in June, above 900 on June 28 for the first time since March 16. Hospitalizations peaked at 2,862 in late December.

The greatest increase has been in southwest Missouri and Steve Edwards, CEO of CoxHealth in Springfield, has been outspoken in his contempt for people who doubt the effectiveness of the vaccine or the danger from COVID-19.

If you are making wildly disparaging comments about the vaccine, and have no public health expertise, you may be responsible for someone’s death. Shut up. pic.twitter.com/TqkNbZKsYE

His hospitals are treating 74 COVID-19 cases, including four pediatric patients, he tweeted Thursday. The children range in age from a few weeks old to 18.

“If you are making wildly disparaging comments about the vaccine, and have no public health expertise, you may be responsible for someone’s death,” Edwards wrote. “Shut up.”