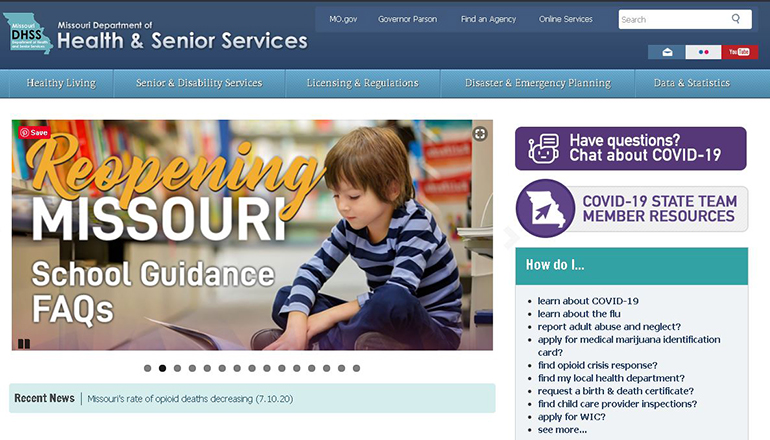 The state Department of Health and Senior Services (DHSS) established a statewide public hotline on March 11, four days after Missouri’s first case was confirmed. More than 112,000 calls have come in since that time, about COVID testing, symptoms, and other questions.

The hotline has been 24-7, but that will change on Thursday, October 1. The new hours will be 7 a.m. to 9 p.m. seven days a week. DHSS says 93 percent of calls are received during that timeframe.

DHSS says the hotline’s call volume peaked in late March, with more than 15,000 calls in one week. The agency says they’re now receiving about 3,000 calls each week, and that the schedule is being adjusted to allow Missouri to use its resources most efficiently.

State health director Dr. Randall Williams says there was more uncertainty about COVID in March than there is today. He also notes that Governor Mike Parson and various Cabinet members have held more than 75 live-streamed press briefings to answer questions from Capitol reporters.

DHSS says Missouri has now had 118,311 confirmed coronavirus cases, along with 1,952 deaths.