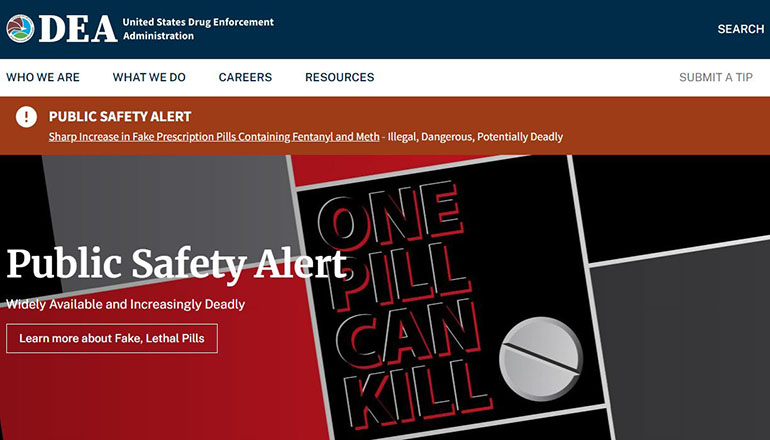 The Drug Enforcement Administration issued a Public Safety Alert warning Americans of the alarming increase in the lethality and availability of fake prescription pills containing fentanyl and methamphetamine. DEA’s Public Safety Alert, the first in six years, seeks to raise public awareness of a significant nationwide surge in counterfeit pills that are mass-produced by criminal drug networks in labs, deceptively marketed as legitimate prescription pills, and are killing unsuspecting Americans at an unprecedented rate.

These counterfeit pills have been seized by DEA in every U.S. state in unprecedented quantities. More than 9.5 million counterfeit pills were seized so far this year, which is more than the last two years combined. DEA laboratory testing reveals a dramatic rise in the number of counterfeit pills containing at least two milligrams of fentanyl, which is considered a lethal dose. A deadly dose of fentanyl is small enough to fit on the tip of a pencil.

In Minnesota, DEA investigators have seized approximately 74,000 pills in 2021. This marks a significant increase from the less than 1,500 pills seized just three years ago.

Counterfeit pills are illegally manufactured by criminal drug networks and are made to look like real prescription opioid medications such as oxycodone (Oxycontin®, Percocet®), hydrocodone (Vicodin®), and alprazolam (Xanax®); or stimulants like amphetamines (Adderall®). Fake prescription pills are widely accessible and often sold on social media and e-commerce platforms – making them available to anyone with a smartphone, including minors.

“Across our five-state Division, we’ve seen a staggering influx in counterfeit pills,” DEA Omaha Division Special Agent in Charge Justin C. King said. “This is not an East Coast or West Coast problem, but one that the entire nation is facing. We’re seeing these pills in our own Midwestern communities. By raising awareness of this alarming trend, we’re hopeful that we can save families the heartache of losing a loved one. Every life is precious and we want to prevent as many people as possible from making a choice that has permanent repercussions.” 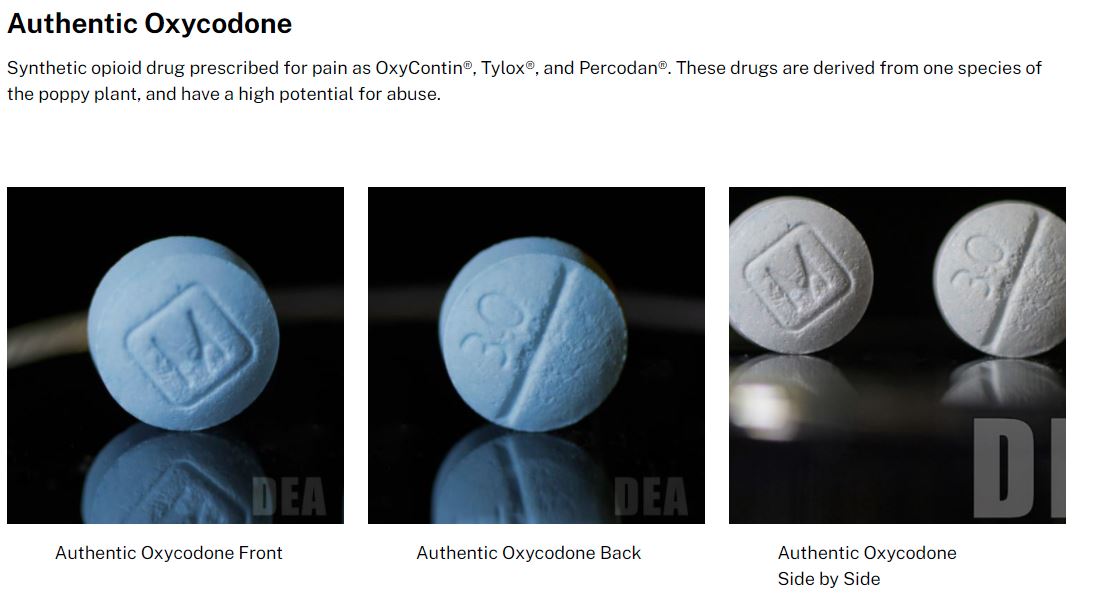 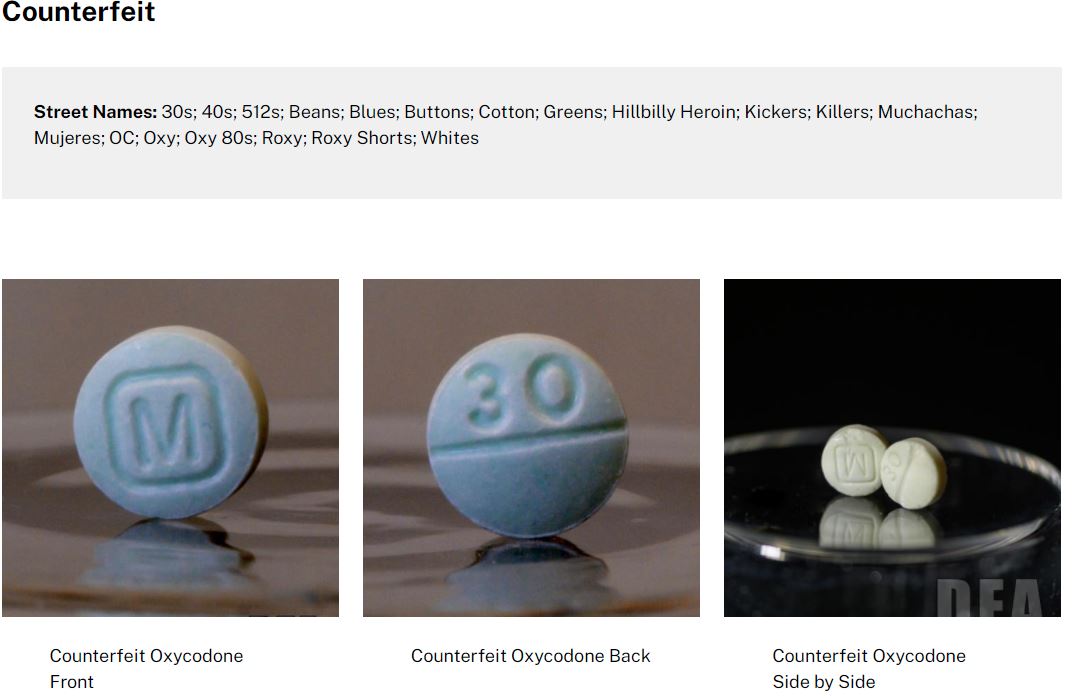 The vast majority of counterfeit pills brought into the United States are produced in Mexico, and China is supplying chemicals for the manufacturing of fentanyl in Mexico.

The drug overdose crisis in the United States is a serious public safety threat with rates currently reaching the highest level in history. Drug traffickers are using fake pills to exploit the opioid crisis and prescription drug misuse in the United States, bringing overdose deaths and violence to American communities. According to the Centers for Disease Control and Prevention (CDC), more than 93,000 people died of a drug overdose in the United States last year. Fentanyl, the synthetic opioid most commonly found in counterfeit pills, is the primary driver of this alarming increase in overdose deaths. Drug poisonings involving methamphetamine, increasingly found to be pressed into counterfeit pills, also continue to rise as illegal pills containing methamphetamine become more widespread.

Drug trafficking is also inextricably linked to violence. This year alone, DEA seized more than 2700 firearms in connection with drug trafficking investigations – a 30 percent increase since 2019. DEA remains steadfast in its mission to protect our communities, enforce U.S. drug laws, and bring to justice the foreign and domestic criminals sourcing, producing, and distributing illicit drugs, including counterfeit pills.

This alert does not apply to legitimate pharmaceutical medications prescribed by medical professionals and dispensed by licensed pharmacists. The legitimate prescription supply chain is not impacted. Anyone filling a prescription at a licensed pharmacy can be confident that the medications they receive are safe when taken as directed by a medical professional.

The issuance of today’s Public Safety Alert coincides with the launch of DEA’s One Pill Can Kill Public Awareness Campaign to educate the public about the dangers of counterfeit pills. DEA urges all Americans to be vigilant and aware of the dangers of counterfeit pills and to take only medications prescribed by a medical professional and dispensed by a licensed pharmacist. DEA warns that pills purchased outside of a licensed pharmacy are illegal, dangerous, and potentially lethal.