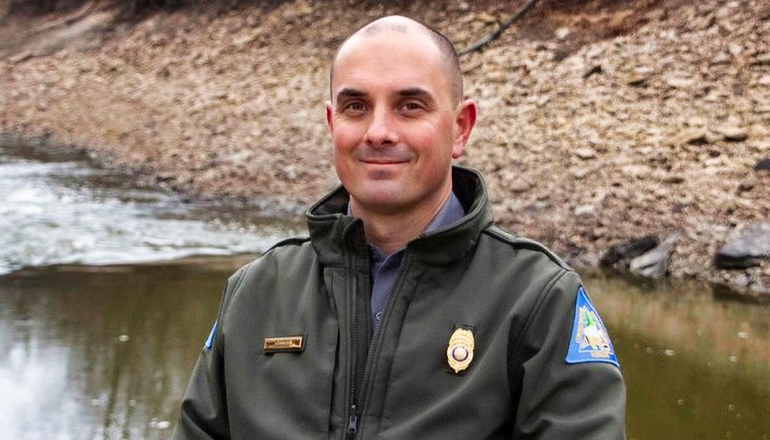 Corporal Aaron Post of Platte County was recently named as Missouri’s Outstanding Conservation Agent for 2021 for his accomplishments and service to his community and conservation. A committee from MDC’s Protection Branch selected Post as outstanding agent. Cpl. Chris Ely of Texas County was runner up. Post was also selected as MDC’s Kansas City Region Agent of the Year.

Post’s achievements noted by the committee included providing swift water rescue training for others, successful cases made against wildlife violators, education and outreach efforts in the community, and cooperation in team efforts such as group patrols. The committee noted his efforts over several years on a difficult case involving a taxidermist, which included helping families regain possession of wildlife they had submitted for taxidermy.

Post grew up in Minnesota. After high school, he served four years of active duty in the U.S. Marine Corps. He then obtained a B.S. degree in ecology and field biology from Saint Cloud State University, with a minor in criminal justice. After a stint in horticulture and landscaping at the Kansas City Zoo, he joined MDC in 2006.