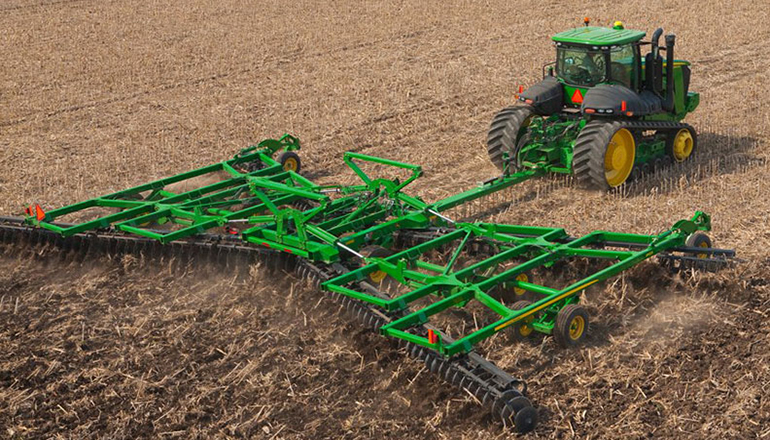 Soybeans were modestly lower on fund and technical selling, with relatively modest week to week losses thanks to a couple of days of gains.

Commodities in general and the broader market continued to respond to concerns about coronavirus and its’ impact on demand and the global economy. The Dow Jones Industrial Average lost more than 12%, the biggest weekly drop since the financial crisis in 2008. The trade is also watching development and harvest conditions in Argentina and Brazil.

The Buenos Aires Grain Exchange has Argentina’s crop at 54.5 million tons, compared to their previous guess of 53.1 million and the USDA’s current estimate of 53 million. The International Grains Council projects 2019/20 world soybean production at 345 million tons, up 3 million on the month because of South America, but down 17 million on the year because of the smaller U.S. crop. Tuesday will be the first-day Chinese exporters can apply for tariff waivers on U.S. ag goods. Soybean meal was higher and bean oil was lower on the adjustment of product spreads. Meal had additional support from the sale of 135,000 tons of 2019/20 U.S. bean meal to the Philippines and expectations Argentina will announce higher export tariffs.

Corn was mixed, with nearby months steady to firm and deferred contracts steady to weak. For the week, the most active months lost around a dime. Corn is oversold after the recent move to new lows but was also watching the broader market losses and keeping an eye on conditions in South America. Weather forecasts for Argentina and Brazil are generally mixed but with minimal chances for damage or stress.

The International Grains Council estimates 2019/20 world corn production at 1.112 billion tons, up slightly on the month, but down on the year because of the smaller U.S. crop. Most projections are for an increase in U.S. planted area this year, but widespread activity is still weeks away. The USDA’s prospective planting numbers are out at the end of March and the weekly crop progress and condition reports resume in April. Ethanol futures were steady following USDA announcing a grant program for renewable fuels. There were no deliveries against March corn during the session.

The wheat complex was mixed, mostly modestly higher. Kansas City and Minneapolis saw an oversold bounce and while Chicago closed above the day’s lows, it couldn’t really rally, even with no deliveries on the March contract. May Chicago and Kansas City contracts still lost more than $.20 on the week, while May Minneapolis was a little more than $.10 lower, buoyed slightly by comparatively better demand and possible spring wheat planting delays.

The global supply outlook for wheat continues to be bearish, with new supply and demand estimates out March 10th. Australia’s Bureau of Meteorology sees a 70% chance of above-average rainfall from March through May in some of that nation’s critical wheat-growing areas. The International Grains Council expects 2019/20 world wheat production to be 763 million tons, compared to 761 million in January and 733 million for 2018/19. DTN says Ethiopia is tendering for 200,000 tons of milling wheat.