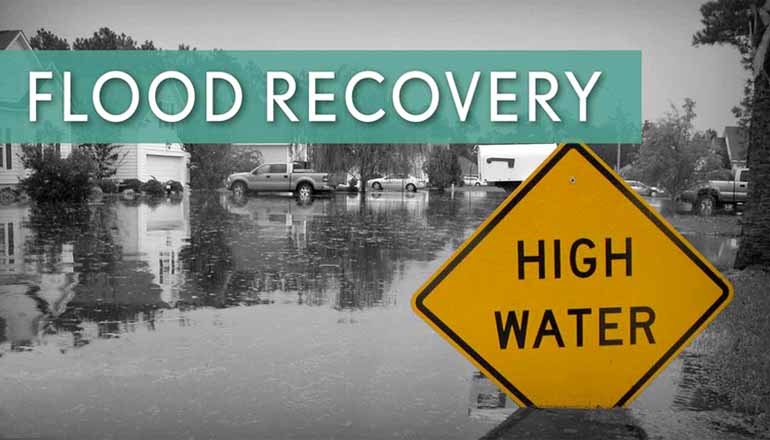 The House Subcommittee on Economic Development, Public Buildings, and Emergency Management hosted a hearing on federal recovery efforts from recent disasters.  During the hearing, House Transportation Committee Ranking Member Sam Graves (MO-06) focused on flood recovery efforts across North Missouri, specifically the difficulties facing some Northwest Missouri residents due to an issue with the dates of the individual assistance declaration.

“The flooding in my district is ongoing, making it difficult for us to move to full recovery mode.  Further complicating our recovery efforts is the declaration for individual assistance.  If your home was flooded on certain dates, you qualify, and if your home was flooded on other dates, you do not.  This makes no sense, given reforms we passed in the Disaster Recovery Reform Act that directed FEMA to give more consideration for localized impact and multiple recent disasters.  Despite this, my constituents are resourceful and resilient.  They have come together to pull resources and help each other,” Graves said in his opening statement.

“We may have smaller populations in rural areas like my district, but our communities are critical to the Nation’s supplies of food and other resources.  When even a few people are displaced, that causes a significant impact on the local economy.  Even where the homes and farms of families were not flooded, roads and bridges to access them washed out or are still underwater.  It is hard to comprehend unless you are on the ground to actually see the extent of the flooding.”

Rhonda Wiley, Emergency Management Director, 911 Director and Floodplain Administrator for Atchison County, Missouri, testified before the committee on the flood devastation in Northwest Missouri, the recovery issues they have faced and mitigation efforts going forward.

In her testimony, Wiley discussed recent flooding and funding needs for levee repairs and flood recovery, desperately needed changes in the management and operations of the Missouri River Reservoir System, and long-term improvements to flood control infrastructure across the Nation.

“Missouri counties have had such great support from our State and Federal Partners. Both have been supportive of our response and recovery. Where the gap lies is in the fact that this disaster is very different from other disasters and the recovery process must be adjusted to fit the disaster. March 16th was our first water rescue this year due to flooding and the last water rescue thus far was September 30th. Six and a half months of periodic water rescues in areas that are normally fields of corn and soybeans is a perfect example of the challenges of recovery when we are stuck in response mode,” Wiley said in her testimony.

“Individual Assistance was granted to residents who experienced flooding after April 29th. Those who were affected from March 15th to April 29th only received assistance if they still had water in their homes on or after April 29th. This has been detrimental to our small rural communities….Unfortunately, the program guidelines established for Individual Assistance, which is vital to the recovery of our small communities have been denied to many of the residents who are trying to rebuild after the flood. Again, we are sparsely populated, so very few numbers but yet in rural America, every number does count. When your population is 5000 or 4500 and you have 50-100 persons that cannot recover and must relocate due to their economic situation, this is a huge economic impact on small rural communities that are already suffering from population loss with every census!”

Graves questioned Wiley about what has and hasn’t worked during and after the flooding. She noted that there had been no loss of life and her team on the ground has been able to move quickly and make folks aware of available resources.

“North Missouri has been devastated by this year’s flooding and it’s not over. Rhonda Wiley has been dealing with it firsthand and has tirelessly fought for those affected by the flooding in Northwest Missouri. I greatly appreciated Rhonda taking time from her very busy schedule to come to Washington and put a face on what we are facing in North Missouri,” said Graves.

Others testifying at the hearing included representatives of the Federal Emergency Management Agency (FEMA) and the Economic Development Authority (EDA).

“You take the town of Craig, just one of the communities that flooded in my district, yet they’re not eligible for assistance. We put these arbitrary dates out there for a flood event like this and it’s creating a lot of problems. What’s frustrating to these folks is that Iowa and Nebraska got the same water and the same rain events and they’re not dealing with that.

“Additionally, some of the folks who have received FEMA assistance are now being asked to repay it. This is bad and it’s affecting the lives of a lot of people. FEMA needs to answer how they are going to remedy these issues,” Graves said.

You can view highlights of the hearing here.