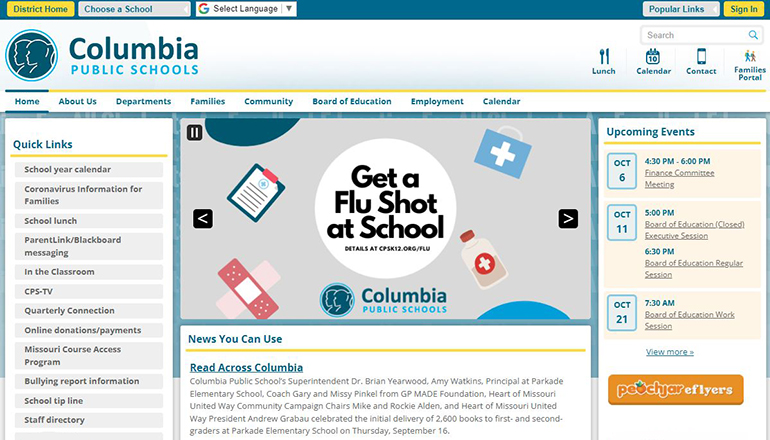 The district also challenges Schmitt’s standing to file the lawsuit, argues that he is misapplying a law on administrative rules, and claims the law limiting public health orders is unconstitutional.

“In simply trying to bring this litigation, the attorney general has made a staggering series of astounding decisions,” states the filing written by a team of attorneys led by Natalie Hoernschemeyer of Mickes O’Toole law firm.

Schmitt filed the lawsuit on Aug. 24, the day classes began in Columbia. Since that date, the state has reported 12,074 cases of COVID-19 among children younger than 18. That is about 25 percent of the cases during that period and triple the rate for cases among children during the first month of school in 2020, when many districts were only providing virtual instruction.

The filing is the last one expected before a hearing Tuesday before Circuit Judge Brouck Jacobs. At that hearing, Jacobs will hear the attorney general’s office argue for a preliminary injunction blocking mask rules at any school district in the state. He will also consider arguments on the motion to dismiss the entire case.

Along with the school district’s response, the ACLU of Missouri has filed to intervene on behalf of three children with disabilities who face a higher risk of severe disease and death from COVID-19. And a Springfield attorney, Joseph Miller, filed a friend-of-the-court brief on behalf of his child, a student in Springfield Public Schools.

Citing a new law intended to limit the scope and duration of local public health orders, Schmitt’s lawsuit alleges Columbia Public Schools has not followed the proper procedure for creating a rule requiring masks. Schmitt also contends that the legal process for creating an administrative rule was not followed by the district.

In the motion for a preliminary injunction filed Friday, Schmitt’s office argued that the Columbia Board of Education’s Sept. 13 unanimous vote to approve the administration’s COVID-19 reopening plan did not meet the new law’s requirements. The vote should have been held on Sept. 12 or earlier, the motion states, and because it was not specifically a vote to approve a mask rule, it did not meet requirements for extending health orders.

On Thursday morning, less than 24 hours after the motion was filed, the board met in special session and again unanimously approved the COVID-19 plan, the Columbia Daily Tribune reported. The mask requirement was specifically discussed by Superintendent Brian Yearwood before the vote and a district spokeswoman told the Tribune that the board acted on the advice of the district legal team.

The requirement for masks in Columbia schools is not a public health order, Hoernschmeyer wrote. It is an internal mitigation measure, applicable only to schools, and any student unwilling or unable to wear a mask is eligible to receive instruction online until the requirement is revoked, she wrote.

It is part of a larger plan to control the spread of COVID-19, she wrote.

Schmitt is seeking an order from Jacobs declaring all school districts that have mask rules to be part of a class of defendants. The initial filing estimated that 50 of the state’s more than 500 districts were requiring masks in their buildings. An exhibit filed with the motion for an injunction named 20 districts where masks are required.

If Jacobs grants the injunction, the orders issued in the case will apply to any district in the state currently requiring masks for admission to school buildings.

In the motion for dismissal, Hoernschemeyer wrote that laws governing schools provide authority for the mask rule. The administrative procedures law cited by Schmitt has never been applied to school districts, she wrote, and the attorney general’s office has never attempted to file a class action against any set of defendants.

“The global pandemic created by COVID-19 and its ongoing variants is unprecedented,” Hoernschemeyer wrote. “The attorney general, however, should not be permitted to use the cover of unprecedented circumstances to usurp unprecedented power for his office.”

Hoernschemeyer did not return messages seeking comment on the court filing.

In the ACLU of Missouri’s request to intervene, Legal Director Tony Rothert wrote that the interests of children with disabilities are not adequately represented by Columbia schools. The district’s reasons for a mask requirement are varied, he notes, and include protecting especially vulnerable children. But the district also is considering employee health, the cost of finding substitutes for sick faculty, and pressure from parents who would be unable to work and supervise their children if the district was unable to provide in-person instruction.

The three cases cited by Rothert are a child in kindergarten in Blue Springs School District who has cystic fibrosis, which damages lungs; a child in sixth grade at Park Hill School District receiving chemotherapy for an autoimmune disorder; and a fifth-grader in St. Louis Public Schools with microcephaly who suffers from seizures and has a history of pneumonia.

All three would be at risk of severe COVID-19 disease if they attended class in-person with unmasked children, Rothert wrote.

“If the state is successful in this action, the students will be excluded from participation in public education, or, at a minimum, they and their parents will have to choose between risking their physical health and their lives by attending in-person school or their education, mental health and development by finding a remote learning option,” Rothert wrote.

Miller, the attorney from Springfield, wrote that the best thing for the state is for the case to be ended as quickly as possible. He took several shots at Schmitt, who is one of several candidates in a hotly contested Republican primary for the U.S. Senate in 2022.

“Both those supporting mask mandates and those opposed to them are ill-served by a suit that inflames existing political divisions but has no chance of success,” Miller wrote.

This story has been updated to include a second vote by the Columbia Board of Education to approve the district mask rule.