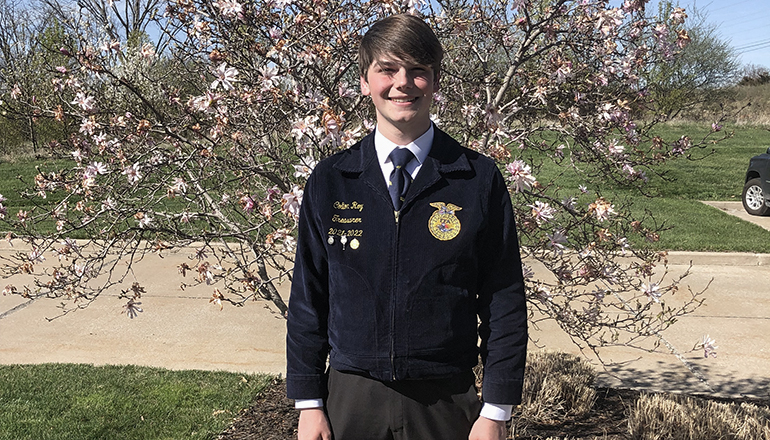 Trenton FFA member Colton Roy was selected as one of 16 members to represent Missouri FFA as a Missouri State FFA Officer for the 2022-2023 year during interviews held in Columbian on April 8th and 9th.

Colton was selected by the nominating committee through a rigorous interview process that included a 50 question FFA and Missouri agriculture knowledge test, a writing exercise, a ten-minute personal interview, and a stand-and-deliver exercise where he was given ten minutes to prepare a 3-5 minute speech on a given topic.

After making the top 20 candidates on day two, Colton had another ten-minute personal interview and completed a group situation round with other state officer candidates where they were asked to develop a plan for a given scenario and answer questions about their plan.

After the convention, Colton will conduct and assist with a variety of FFA activities across the state of Missouri over the next year. Colton is the son of Alicia Roy and Eric Roy.