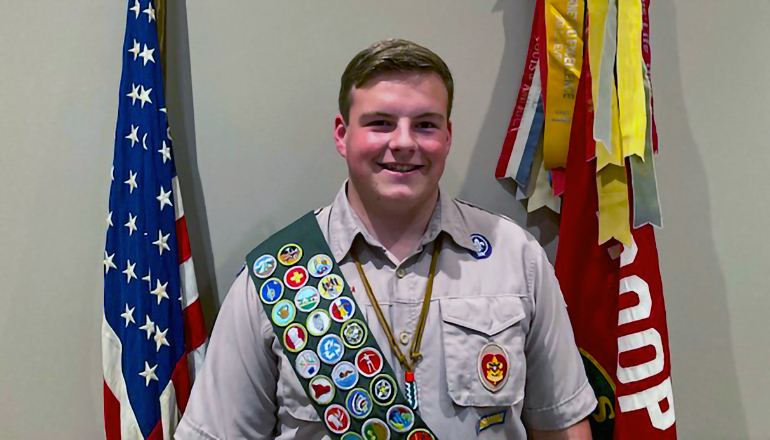 Cole joined Trenton Boy Scout Troop 97 in 2014 after completing the cub scout program with Pack 23. While in boy scouts, he advanced through the ranks while earning 31 merit badges. For his Eagle Scout project, Cole Soptic prepared and repainted the concession stand and restroom building at Moberly Park’s upper baseball field facility.

In addition to scouting, Soptic is a senior at Trenton high school where he is president of the student council and has served as president of his class. He also was a junior chamber of commerce ambassador.