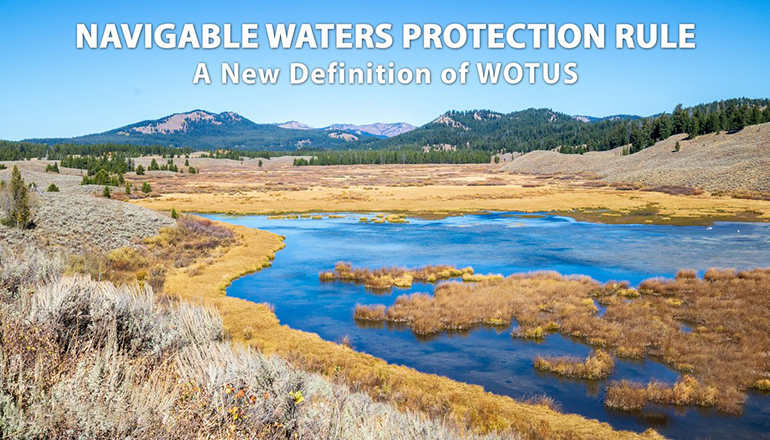 Under the Biden administration, the Environmental Protection Agency and the U.S. Army Corps of Engineers are promising to replace the NWPR with a new rule that goes even further than the Obama-era Waters of the United States (WOTUS) Rule. If the NWPR is replaced, the EPA could go as far as to regulate ditches on private lands and converted croplands, which could ultimately inflict severe harm upon agriculture, construction, home building, forestry, mining, and energy sectors of our economy.

“The Obama administration’s WOTUS rule would have put more than 99% of Missouri land under the jurisdiction of the EPA and U.S. Army Corps of Engineers,” said Blunt. “I fought that rule because it would have dramatically driven up costs on Missouri’s farmers, small business owners, and property owners. Now, the Biden administration is once again moving toward the same kind of power grab we saw under WOTUS – but potentially even worse. The current Navigable Waters Protection Rule, which replaced the WOTUS rule, takes a much smarter approach to safeguard our clean water without imposing excessive, unnecessary burdens on Missourians. I urge my colleagues to support this bill to stop the Biden administration’s rewrite of the NWPR.”

“The Navigable Waters Protection Rule is a clear, commonsense policy that is in effect in 50 states,” said Capito. “Unfortunately, President Biden is working quickly to undo this. Replacing this rule with something like the 2015 illegal WOTUS Rule would completely reframe all water policy and devastate farmers, manufacturers, and small business owners across the country—including in West Virginia. We’ve already had enough uncertainty during this administration, and there’s no need to create more. This legislation is a critical step in protecting West Virginia from the threat of yet another overreaching EPA regulation.”

In 2015, the Obama administration finalized a rule that expanded the definition of the Waters of the United States, creating confusion and burdensome red tape for farmers and ranchers, developers, and property owners. Blunt called on the EPA and U.S. Army Corps of Engineers to abandon the rule and introduced legislation to halt it.

In January 2017, Blunt praised the Trump administration’s move to withdraw the Obama administration’s WOTUS rule and replace it with a more commonsense approach. In January 2020, Blunt commended the Trump administration’s revised rule, known as the Navigable Waters Protection Rule, that provided much-needed predictability and certainty for farmers by establishing a clear and reasonable definition of what qualifies as a “Water of the United States.” Specifically, the NWPR established a definition that unambiguously identifies four simple categories of jurisdictional waters, provides clear exclusions for many water features — water features that traditionally have not been regulated at the federal level — and defines terms in the regulatory text that have never been defined before. The NWPR also protects the environment while respecting the cooperative federalism framework of the Clean Water Act by clearly delineating where federal regulations apply and giving states and local authorities more flexibility to determine how to best manage waters within their borders.

On day one of his administration, President Biden signed an executive order rolling back the Trump administration’s action to rescind Obama’s WOTUS rule and finalize the NWPR. In January, Blunt joined 25 of his Senate colleagues to introduce a resolution that expresses the need for the U.S. Senate to uphold the NWPR.