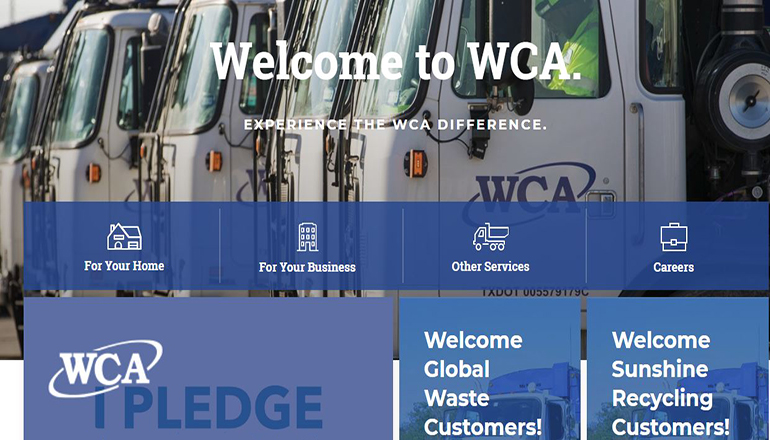 It took three attempts Monday night before the city council decided on a company for residential trash pickup which results in a change from the current provider. The city council, on a single vote, decided to discontinue the recycling program in which households are currently charged a fee every month.

Submitting bids for a five-year trash collection contract were WCA, Advanced Disposal, and the current provider Rapid Removal Disposal. On a third and final vote, the council went four to three to select the low bid of WCA for weekly residential trash pickup. Their quote is $9.54 per month for the first two years, which is $1.22 lower than what Rapid Removal currently charges, and it’s $1.71 less than what Rapid Removal’s new bid came in at.

In favor of the low bid were Jenn Hottes, Lou Fisher, Dave Mlika, and Glen Briggs. Opposing the selection of the lower bidder were Larry Crawford, Travis Elbert, and Brad Chumbley. Larry Porter was absent.

Ms. Hottes said while she appreciates the service provided by Rapid Removal, she felt the council owed it to the citizens to accept the lowest bid. WCA’s bid is the lowest for all five years when compared to the other two companies. The Rapid Removal trash pickup bid for next year ($11.25) was fifty cents higher than the current rate. But the company did propose to keep the same monthly rate all five years.

Each of the three companies had representatives present for the city hall meeting. Andy Burress and Danny Westcott spoke on behalf of Rapid Removal.

Responding to a question, Burress says Rapid Removal has 28 employees. Westcott’s trucking company does business on behalf of Rapid Removal.

A citizen, Gaylon McCorkle, said Rapid Removal picks up everything that’s set out for them. A representative of WCA told the council his company would take one bulky item per household per week. He also pledged WCA would provide dumpsters at no charge for “city events.” Several years ago, WCA handled the residential trash pickup service at Trenton. But the contract in recent years has gone to Rapid Removal which has facilities in the northern part of Trenton.

Two previous votes of the council failed regarding the sanitation service.

The first motion was to accept WCA but the vote failed three in favor and four opposed. The second motion was made to accept Rapid Removal but that also failed with three in favor and four opposed. City Attorney Tara Walker noted the Rapid Removal bid was more than five percent greater than the councils’ allowance to accept a local company over someone with a lower bid. The difference for next year amounts to $1.71. She cautioned if the vote was to accept Rapid Removal, council members should express good reasons in telling the public why they were not selecting the low bid. In the end, the lowest bid was eventually accepted with four votes in favor and three against. Briggs switched his vote saying he could not justify the higher cost on citizens with Rapid Removal.

WCA, which is Waste Corporation of America, has facilities in Chillicothe. It’s anticipated the tipping fee paid by WCA will go to Chillicothe and not Trenton. Since Rapid Removal is within the city limits, it has been paying to Trenton, the $2.00 a ton tipping fee.

The vote passed six to one to end the recycling program at Trenton and stop charging households $2.99 per month. Larry Crawford voted no preferring to keep the recycling program in place. Six others voted yes, with some noting citizens who contacted them said they don’t want to pay for a service they’re not using.

Mayor Nick McHargue, who said recycling is not required, also expressed opposition to the program and its fee.

Three bids had been submitted for a five-year recycling contract. The lowest was $3.00 per month submitted by Rapid Removal. It was noted for Trenton residents who do recycle, items can be taken to Hope Haven in Chillicothe.

It also was mentioned that certain items being put out for Hope Haven recycling were not actually eligible to be recycled and went to a landfill instead. It was noted perhaps just 15% to 20% percent of Trenton residents recycle.