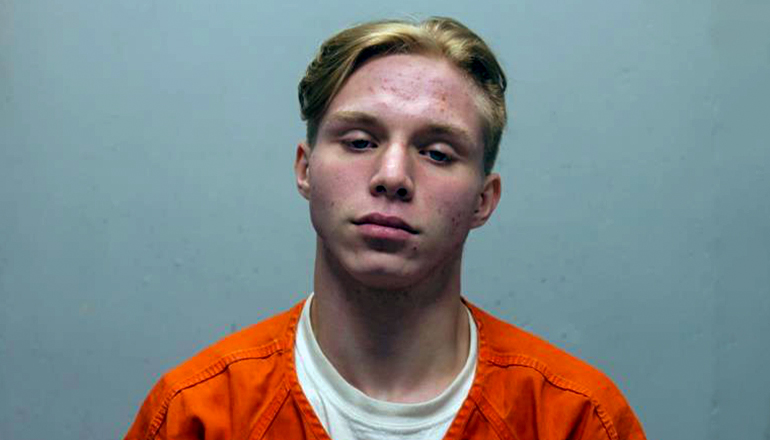 An 18-year-old has been charged following an investigation by the Chillicothe Police Department involving reports of a stolen vehicle and a firearm on August 3.

Chillicothe Police Sergeant Jeremy Stephens said on August 4 that police received reports on August 3 of a motor vehicle stolen from the 1200 block of Webster Street and a firearm from a vehicle in the 900 block of Cherry Street. Officers heard gunfire in the 600 block of Calhoun during an investigation and later discovered a firearm was used in an unsuccessful attempt to gain access into a business. Police acquired video surveillance of the alleged crimes.

Stephens noted officers located the vehicle reported as stolen in a garage of an unoccupied residence in the 900 block of Elm Street the afternoon of August 3. Officers identified two suspects observed in video surveillance and took them into custody.

A probable cause statement also accuses Gentile and a 17-year-old male of slashing tires on multiple vehicles near the 700 block of Locust Street and taking other items from the truck where the gun was stolen. They also allegedly broke into a business in the 800 block of Cherry Street and took items from there.