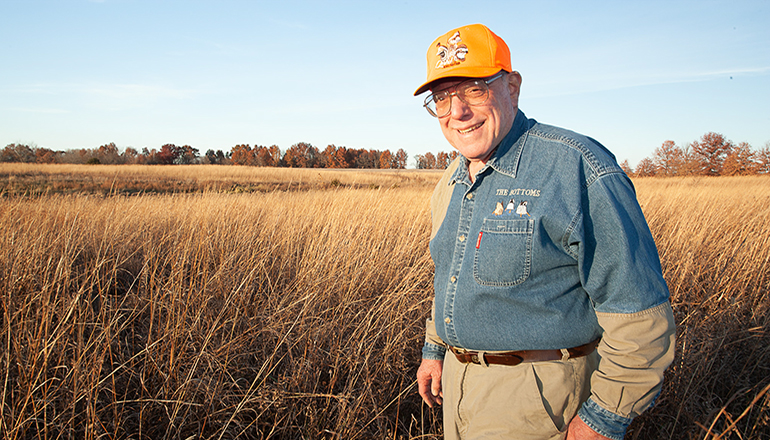 A Chillicothe resident received a Master Conservationist Award at the Missouri Conservation Commission’s meeting in Jefferson City Friday, September 4th. Jeff Churan was the 62nd recipient of the award from the commission and Missouri Department of Conservation.

The Master Conservationist Award honors living or deceased citizen conservationists, former MDC commissioners, and employees of conservation-related agencies, universities, or organizations who have made substantial and lasting contributions to the state’s fisheries, forestry, or wildlife resources. This includes conservation law enforcement and education-related activities.

MDC notes Churan’s nomination and award stem from a life-long interest in hunting that led to involvement in conservation in the last 50 years. He has served in local and national volunteer positions with The Nature Conservancy, Quail Unlimited, the Conservation Federation of Missouri, the Missouri Conservation Heritage Foundation, the University of Missouri School of Natural Resources Advisory Council, and Ducks Unlimited. Missouri Governor Christopher Bond appointed Churan to serve a six-year term as a Missouri Conservation Commissioner in 1983.

Churan manages 1,650 acres in Livingston County. His farms on the acreage are managed to provide quality habitat for quail, waterfowl, deer, turkey, and other native wildlife species. The properties have been used by MDC for research projects, included in the Wildlife Habitat Appraisal Guide through the Natural Resources Conservation Service for workshops, and opened to the public for field days and youth events.

In retirement, Churan has printed seven books on duck clubs and his own experiences. He has also co-authored three other books on the history of duck hunting and wetland conservation.