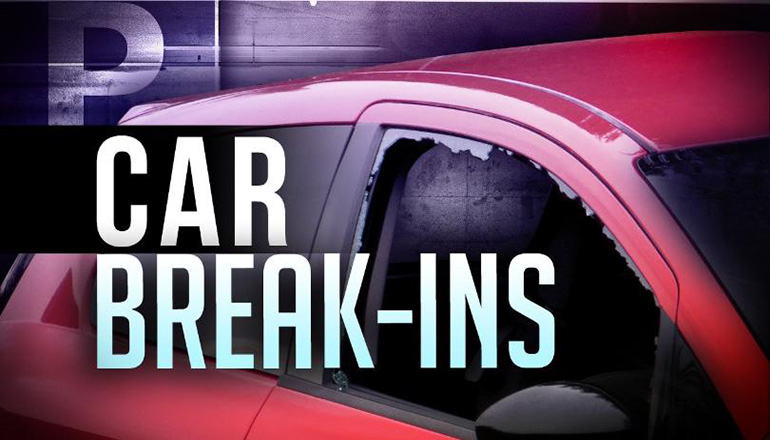 Assistant Police Chief Rick Sampsel reports the incidents occurred in the 1100 to 1200 block of Calhoun, 900 block of Dickinson, 900 block of Vine Street, and in between the locations. Police discovered a time frame of the night of Thursday, July 9th at 11 o’clock to the morning of Friday, July 10that 2 o’clock.

Sampsel says it is believed a group of three individuals was involved after viewing surveillance cameras in the area. The police recovered several discarded items.  He encourages the public to practice a routine at 9 o’clock at night. It includes locking up cars, houses, windows, garages, gates, and sheds; turning on exterior lights, security cameras, and alarm systems; and bringing in valuables from cars, yards, and patios.

Anyone with information in reference to the alleged crimes is asked to contact the Chillicothe Police Department at 646-2121.