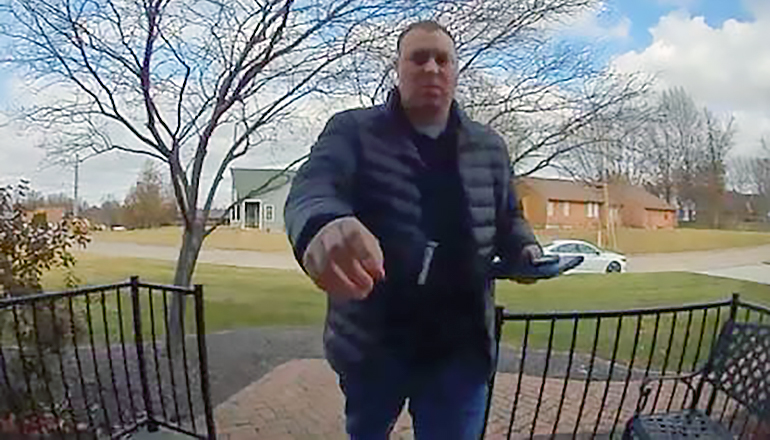 The Chillicothe Police Department is advising the public to be aware of a man claiming to be with ADT Security but wearing a Brinks badge who was at a Chillicothe residence on the afternoon of December 2nd.

The man reportedly knew the resident had ADT and claimed to have upgrades. The resident denied the man entry, and the man left. There was said to be no marking on the vehicle. Pictures of the man are posted on the Chillicothe, Missouri Police Department Facebook page.

The police department reports officers responded immediately, but they were unsuccessful in finding the man and vehicle. Officers contacted Brinks, and that company said it does not send technicians without requested services.

Residents are asked to contact the Chillicothe Police Department at 660-646-2121 if they know the man or his whereabouts.