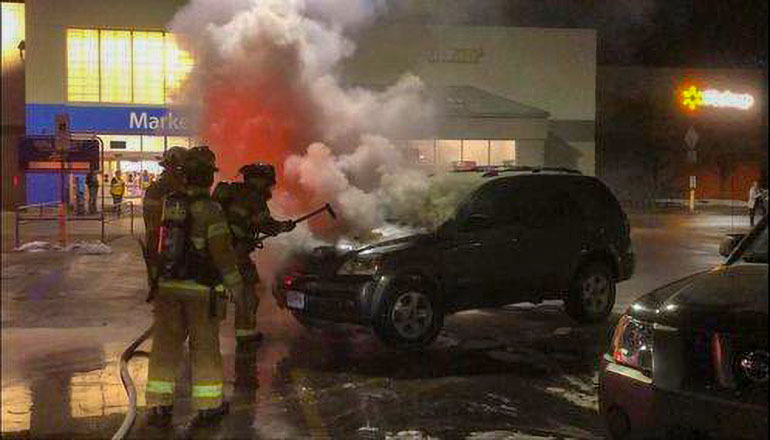 Chillicothe firefighters on Tuesday night responded to the scene of a motor vehicle fire in the parking lot of Walmart.

A report from Captain Derrick Allen says when the department arrived, there was an unoccupied compact sports utility vehicle that was showing smoke and flames near the engine compartment.

Approximately 150 gallons of water were used to extinguish the fire, with firefighters at the scene for half an hour

Allen said the owner was contacted and was able to recover items from inside the vehicle. The owner of the vehicle was not released.