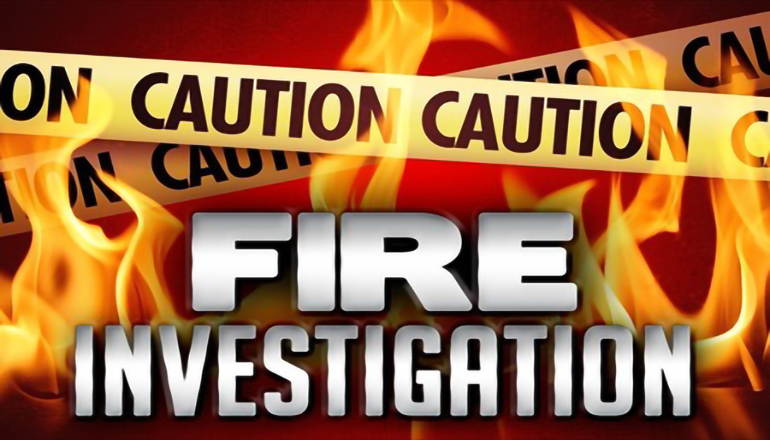 Chillicothe Fire Department personnel Sunday night responded to what was described as a structure fire at 1433 Alexander Street. The response was due to a fire in a bathroom of an apartment belonging to Bruce and Sharon Carnes. The complex is owned by the Chillicothe Housing Authority.

Two trucks and eight personnel responded with the ladder truck setting up on Trenton Road and a fire engine on Alexander Street.

Upon arrival, firefighters reported a large group of people were outside with some talking to police. Lieutenant Rob Williams made his way into the apartment to find police and three residents inside. Smoke was prevalent throughout. One occupant stated the fire had been in the bathroom.

Firefighters found a shower curtain had been on fire along with some clothing in the bathtub. The wall around the shower head was described as blackened, but the fire had not burned through the wall. A ventilation fan was used to remove smoke from the apartment. A thermal imaging camera checked for any fire or hot spots in the attic and the walls.

In talking with residents, Captain Tracy Bradley reported there had been a verbal argument with a juvenile; and that she had gone into the bathroom, locking the door. She was inside for a while and upon leaving, the door got shut and was locked.

The resident stated they began hearing the fire alarm sound. Entry was made into the bathroom to find the shower curtain and clothing on fire. The shower was turned on to extinguish the fire. The departments’ report noted the fire appeared to be intentional.