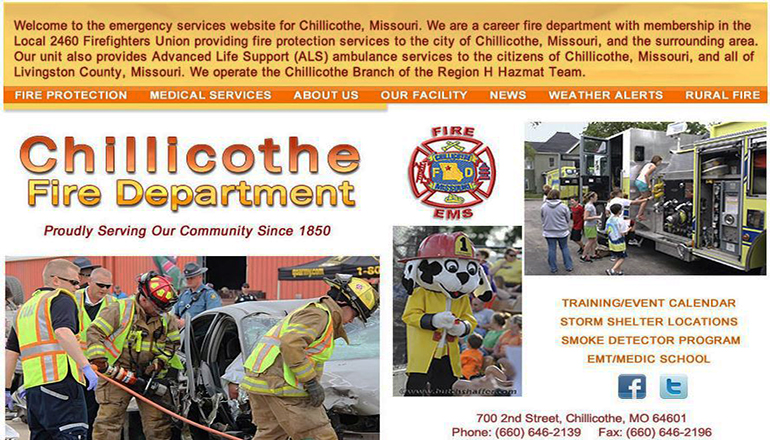 A structure in Chillicothe was described as fully engulfed on Tuesday afternoon prompting the Chillicothe Fire Department to respond to the scene. The alarm came in at 2 pm and sent firefighters to 1555 Bryan Street. The owners were listed as Steven and Gloria Drechsel.

A spokesman reported heavy fire and smoke coming from two sides of the garage. The fire had spread to the structure and attic.

The attack on the fire in the garage and rear of the residence included water and foam. When entry was made through the front door, the report stated heavy fire also was found in the kitchen.

Ventilation holes were cut in three different areas of the roof and after about an hour, the department had the blaze under control. Crews also spent time performing salvage and overhaul including putting out the hot spots.

The department reports the Missouri State Fire Marshal was called to investigate. A spokesman at the Chillicothe Fire Department quoted a fire marshal investigator as reporting smoking materials as the apparent cause of ignition.

Chillicothe fire crews were at the scene for approximately three hours on Tuesday afternoon, using an estimated 35,000 gallons of water.

The Chillicothe Fire Department on Tuesday also responded to 11468 LIV Road 2359 for a wildland fire that was described as threatening a residence.

When firefighters arrived, fire was discovered approximately 100 yards from a residence. Additional units were requested to respond.

Firefighters sprayed 200 gallons of water in an attempt to control the blaze, and there were approximately10 acres burned before the blaze was brought under control.

The cause of the fire was a controlled burn that firefighters were called to earlier in the day.