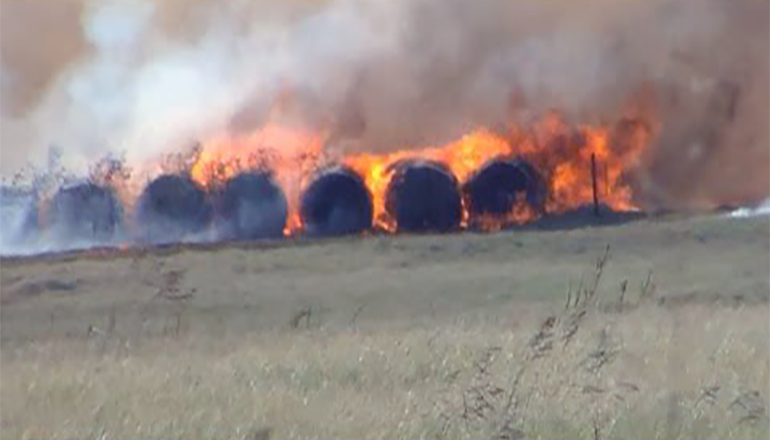 When firefighters arrived, they found 18 large hay bales on fire near a machine shed and a large number of other hay bales.

Firefighters used the brush truck to try to control the embers from igniting the shed and the other hay. They were unable to get the pumper close to the fire due to mud.

The owners of the property are Vernon and Donna Reeter, who are Rural Fire Members.

Wright reports the cause of the fire was uncontrolled outside burning, and there were no injuries.