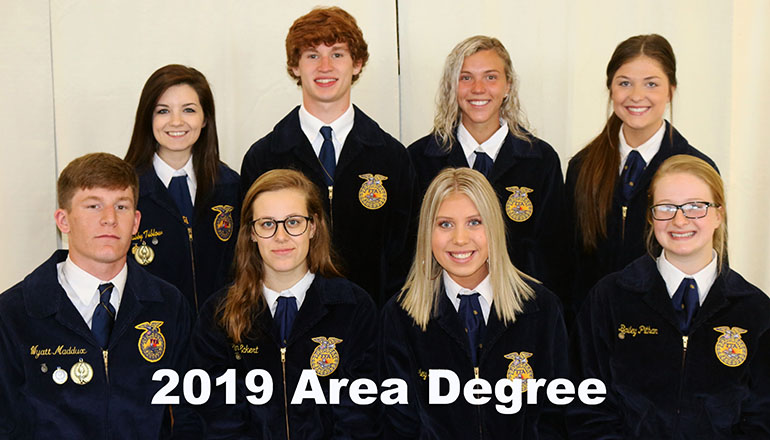 Ten members of the Chillicothe FFA will be receiving their Area FFA Degree, in Chillicothe. Before receiving this degree they had to meet a number of qualifications and fill out an application that followed their SAE and leadership skills.

The Area FFA Degree is the highest degree that the Area II FFA Association can give to its members.