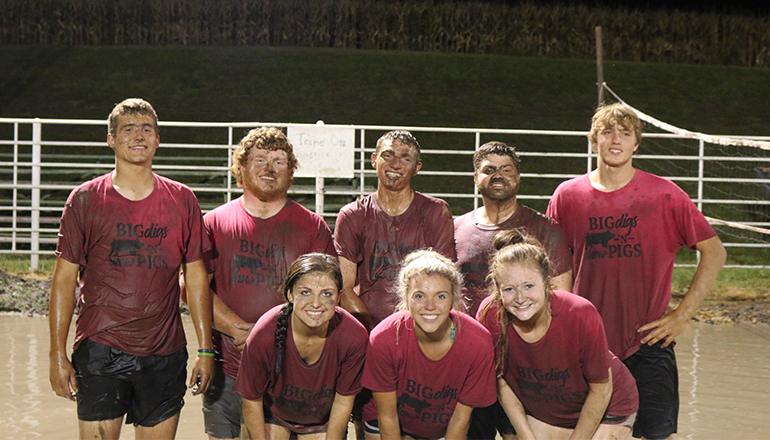 The Chillicothe FFA Chapter held its fifth annual Mud Volleyball Tournament. The tournament consisted of 26 teams with a double elimination event. There were 320 members and spectators present at the tournament with pork burgers and chips were provided for all. The team members consisted of FFA members, FFA Alumni, parents, and staff. The tournament was to encourage a fun atmosphere for freshman members to become more acquainted with upperclassmen as well as fuel a little friendly competition. There was also a freshman parent meeting held to assist parents with the working of their child joining FFA.

This year member’s decision was to assist their fellow FFA members that have been affected by the hurricane. The following local businesses sponsored a pit during the tournament, those businesses were: Trans Ova Genetics, BTC Bank, FCS Financial- Mitzi Winder Crop Agent, Sydenstricker John Deere- Chillicothe, Pro Harvest – Mike Resor and DQ Precision Tillage & Planting – George Quinn. Each team also paid an entry fee to play. All proceeds from the event will go to those affected by the drought in Missouri. The tournament raised $750 for those in need.