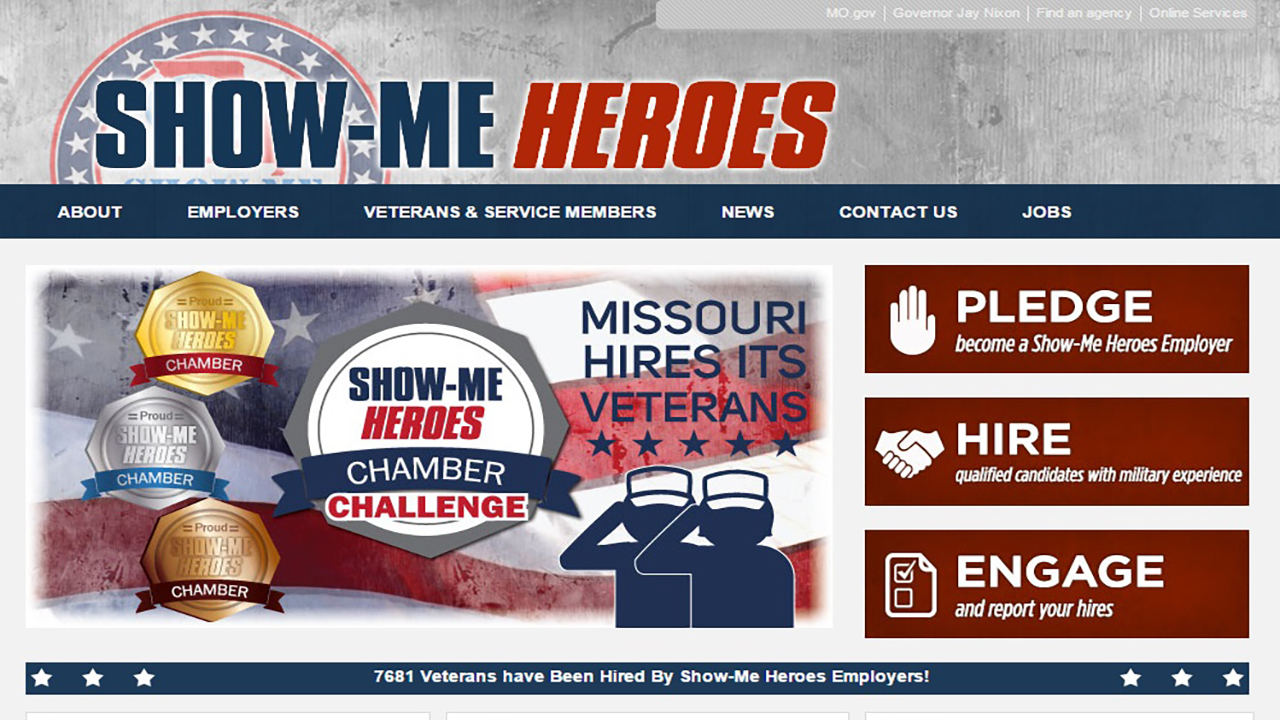 In early 2016, Missouri Governor Jay Nixon issued a challenge to all Missouri chambers about trying to encourage their members to take the Show-Me Heroes pledge and actively recruit veterans and service members for available positions.

The Show-Me Heroes program, established by Gov. Nixon in January 2010, is designed to connect military veterans with job opportunities when they return home from service. Administered by the Missouri Division of Workforce Development and Missouri Army National Guard, Show-Me Heroes showcases Missouri businesses that are willing and eager to hire veterans.

The Chillicothe Area Chamber rose to the challenge with the assistance of the local Missouri Job Center (located at 601 Mohawk Rd). At a recent conference, the Chillicothe Area Chamber of Commerce received their official award from Mike Downing, Director of Missouri Department of Economic Development. They took top honors by not only being the only Missouri Chamber to receive the Gold Award, which is achieved by having 30% of your membership pledge, but by setting a new standard of having more than 55% of their membership come on board as Show-Me Heroes. “When we began the process of seeking pledges from our members, we were hopeful that we would achieve gold status.

However, having more than half of our membership pledge simply amazed us,“ stated Crystal Narr, executive director of the Chillicothe Chamber. “We could not have achieved this level of success without the support of our local Missouri Job Center. Connie Epperson, Bobby Barlow, and Justin Hirniak were wonderful in supporting our efforts and helping us every step of the way. This award is for them as well.”

Businesses participating in the Show-Me Heroes program sign a pledge to ramp up efforts to reach out to, recruit and interview veterans for job openings at their business. All pledged businesses are listed on the Show-Me Heroes website and are eligible for the SMH On-the-job training program as well as Federal Work Opportunity Tax Credits. Additionally, any organization that has taken the Show-Me Heroes Pledge and then hires at least one Veteran or Service Member is then eligible to apply for the Flag of Freedom award. Each Flag of Freedom plaque features a subdued American flag patch worn by a Missouri National Guard soldier or Airman while deployed in support of operations in Afghanistan or Iraq.